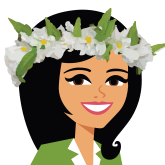 President Tuminez began her role as President of the largest University in Utah (with over 40,000 students) back in September of 2018 but today was her official inauguration ceremony at UVU and I was blessed to be in attendance with some amazing dignitaries that included the Prophet of The Church of Jesus Christ of Latter-day Saints President Russell M. Nelson, Utah Governor Gary Herbert, Elder Gerrit Gong of the Quorum of the Twelve Apostles, Brigham Young University President Kevin Worthen, Utah State University President Noelle Cockett,  Most Reverend Oscar A. Solis bishop of the Catholic Diocese of Salt Lake City, Khando Chazotsang the niece of the 14th Dalai Lama, Sister Jane Bingham and Sister Sharon Eubank of the Relief Society General Presidency of The Church of Jesus Christ of Latter-day Saints, and the list just goes on and on and on…

All of us had come to celebrate the inauguration of this little 4’10” woman who had grown up in poverty in the Philippines and went on to accomplish truly mighty things. Here is her bio from the UVU website:

“Dr. Astrid S. Tuminez (pronounced too-MEE-nez) was appointed the seventh president of Utah Valley University in 2018, and is the institution’s first female president. Tuminez brings to UVU a broad and rich experience in academia, philanthropy, technology, and business. Born in a farming village in the Philippine province of Iloilo, Tuminez moved with her parents and six siblings to the slums of Iloilo City when she was two years old, her parents seeking better educational opportunities for their children.

Before assuming her current position, President Tuminez was a world leader in the fields of technology and political science, most recently serving as an executive at Microsoft, where she led corporate, external and legal affairs in Southeast Asia. Tuminez is also the former vice dean of research and assistant dean of executive education at the Lee Kuan Yew School of Public Policy, National University of Singapore, the premier school of public policy in Asia. She and her husband, Jeffrey S. Tolk, have three children. In her spare time, she enjoys running, dancing, and martial arts.”

President Tuminez may be small in size but she is truly MIGHTY in spirit. She is a fearless leader, a person of integrity, a fabulous cheerleader, a motivator,  full of energy and spunk, and an incredible example of how anyone, regardless of what humble or difficult circumstances they come from, can become a MIGHTY force for good in this world. 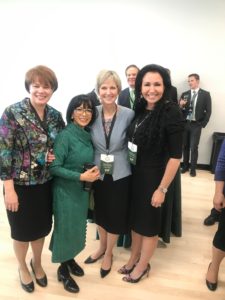 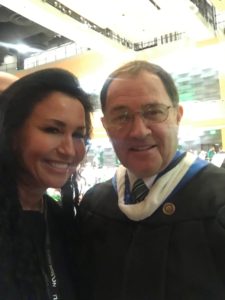 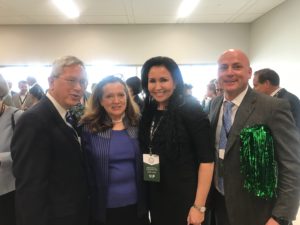 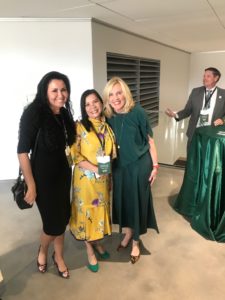 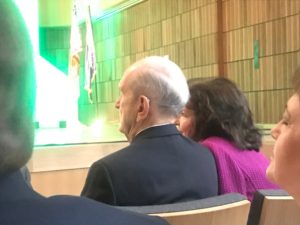 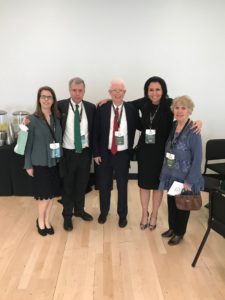 ~Amy Rees Anderson (author of “What AWESOME Looks Like: How To Excel In Business & Life“)