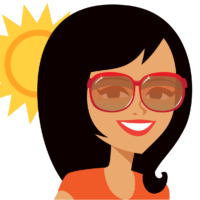 I laid down to take a nap after 9am church this morning and stayed asleep until just a few minutes ago (nearly 9pm!). Clearly my body needs sleep so rather than writing a blog tonight I’m going to repost an article I wrote for Forbes back in 2015 titled “Don’t Lose Hope. You Never Know What Tomorrow May Bring.” so I can get to bed and hope tomorrow brings me more energy!:

“We must accept finite disappointment, but we must never lose infinite hope.” –Martin Luther King Jr.

History is full of stories about people who came into hard times, lost hope, and gave up. We rarely come to learn what would have happened with these individuals if they had given up. We are left to wonder what great successes these people might have achieved if they had chosen to hold on to hope. And how might they have gone on to shape our world for the better?

On the flip side we find that history is full of stories of people who also came into hard times, but they made a very different set of choices in their lives. Rather than losing hope and giving up, they chose to pick themselves up, brush themselves off, and continue moving with the hope toward achieving their dreams.

None of us are immune from falling into difficult times. That plight is something we all have in common. Another thing we all have in common is the ability to choose how we are going to react to the difficult times when they come. Will we allow them to destroy our hope for the future or will we decide to view them as a learning experience meant to help us as we continue to move forward with hope that the best is yet to come.

A sad reality for those who lose hope and give us is the realization that had they kept going just a little farther the success they desired could have been theirs. Here are two examples that illustrate that:

1. Back in 1868 in Park City, Utah silver was discovered in the mountains. Thousands of miners came to town seeking their fortunes. In 1912, Solon Spiro started digging in Spiro Mine hoping to find ore. He was exhausted and broke and he gave up and sold his mine. Just 23 feet later the new owners found a massive ore vein worth a fortune.

2. Roy Raymond founded Victoria Secret and five years into it he sold it for 4 million dollars. Within a few years the company was worth billions of dollars. Distraught that he had given up too soon he ended up taking his own life. What a tragic irony that he took his life (the ultimate measure of giving up) over having given up too soon. If only he had kept going he may have found that even greater successes lay ahead for him.

Now let’s take a look at examples of five great individuals who chose not to give up. They chose to keep pushing forward despite facing hardships and failures and ultimately found great success in their lives:

2. Lucille Ball. Early in her career she was considered a failure as an actress, unable to land anything but B movie roles. She went on to win four Emmys and a lifetime achievement award.

3. Soichiro Honda. After being turned down for a job with Toyota he decided to make scooters from his own home until his neighbors talked him into starting his own company, Honda.

4. Bill Gates. He dropped out of Harvard and started a business called Traf-O-Data which failed. Instead of giving up he decided to start a little company called Microsoft.

5. Walt Disney. He was fired from his job with a newspaper because he was told lacked imagination and didn’t have any good ideas. He went on to create Disney’s empire.

These five people had learned a valuable lesson, and that is, “You have to fight through some bad days to earn the best days of your life.” I truly believe we can accomplish just about anything if we are willing to do what it takes to work for it and if we stay determined in our resolve. And when hard times come, as they most assuredly will, we must never allow ourselves to lose hope that the best is yet to come.