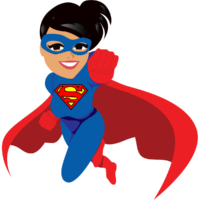 The other day I was talking with a college student pursuing their degree in entrepreneurship. They shared that they were feeling discouraged by a nasty message they’d been sent by a fellow student criticizing their entrepreneurial efforts. My response was to advise that in my experience people who tear you down like that are feeling down about themselves for not having had your courage to try. Those type of mean comments are coming from a place of low self-esteem and unhappiness because genuinely happy and confident people don’t hurt others that way.

Our conversation reminded me of what Theodore Roosevelt once said:

“It is not the critic who counts; not the man who points out how the strong man stumbles, or where the doer of deeds could have done them better. The credit belongs to the man who is actually in the arena, whose face is marred by dust and sweat and blood; who strives valiantly; who errs, who comes short again and again, because there is no effort without error and shortcoming; but who does actually strive to do the deeds; who knows great enthusiasms, the great devotions; who spends himself in a worthy cause; who at the best knows in the end the triumph of high achievement, and who at the worst, if he fails, at least fails while daring greatly, so that his place shall never be with those cold and timid souls who neither know victory nor defeat.”