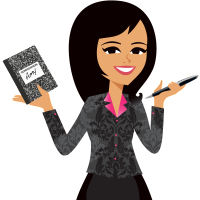 Three years ago this week I was sitting in the home of world renowned branding genius, Gordon Bowen, founder and Global Chairman of McGarryBowen and Chief Creative Officer of Dentsu Aegis Network.  The very next day I wrote the following article for Forbes.com:

Last night I had the opportunity to go to the home of Gordon Bowen, Founder and Chairman of McGarryBowen, esteemed international Advertising Agency, representing such clients as Disney, American Express, Intel, Marriott, Verizon, Crayola, Chase, and many other iconic brands. As for Gordon, Time Magazine dubbed him the creator of “emotional blockbusters” for his creation of legendary campaigns such as “Membership Has Its Privileges” for American Express and the “Chase Freedom” campaign which was described as being “the most successful credit card launch in history”.

The first thing that stands out when you first meet Gordon is his humility and his generosity. Last night was a perfect example. Gordon had been asked by The Cynosure Group, a wealth advisory firm that manages direct private equity investments, to speak at a dinner for around 70 of their existing and prospective clients. The Cynosure Group had planned to host the dinner at a hotel but Gordon graciously offered to host the event at his own home, stating he thought it would allow guests to enjoy a more intimate and personal setting.

As I arrived at his beautiful home what struck me most was the sign he has hanging over his front door which reads, “Forget not to show love unto strangers, for thereby some have entertained angels unawares.” (Hebrews 13:2). Not only because that happens to be one of my favorite verses from the Bible, but because displaying that above his front door is a most brilliant way to make every guest feel valued as they enter his home.

Following a wonderful dinner Gordon gave a talk titled “The Power of Belief”. He shared stories of several ad campaigns his agency had created over the years and shared the thought that went into creating each one. He gave an amazing talk and I wish I could have captured every word of it to share, but a few of the key points which stuck out the most to me were:

Gordon explained that sometimes it is necessary to embrace what you can’t change, for example, when they were hired to come up with a campaign for Miracle Whip they discovered that people either passionately loved Miracle Whip or they absolutely hated it and there was no middle ground. When they realized they couldn’t fix that, they decided to feature it by developing the “Take A Side” campaign for Miracle Whip to showcase both the lovers and the haters of the product:

“You can tell the true power of a brand by asking – If you take a brand out of the world, how does the world change?”

Gordon cited the power of the Disney brand. Now I happen to be an obsessed Disney fan so I didn’t need any convincing on this front as Gordon pointed out how Disney’s brand has truly changed the world. Disney has taught that there is both good and evil in this world, that there is right and there is wrong. Disney has taught us to be brave, and loyal, and to believe that dreams really do come true. And watching the “I Am A Princess” ad was the perfect display of the power and influence of Disney’s brand:

“Greatness starts from goodness. You can’t be great unless you are good.”

Gordon emphasized that it’s important to be a good person with a genuine desire to help others to succeed in order to accomplish great things. In hiring new employees he seeks out good people who are willing to put the clients’ interests above their own. “It’s not our job to win awards for ourselves; it’s our job to help our clients become more successful.” Thus he seeks out those clients who are also good people, stating “We’re about good people doing great work for good people.”

Gordon closed the evening by sharing how important it was for each of us to go out and do good in this world and to make a difference by serving others. As he was being thanked for his generosity in hosting us someone shared that Gordon had stayed in town to host us and that he needed to head to the airport to catch a red-eye flight that night so he could show support for one of his employees who was being recognized the next day. Clearly Gordon Bowen is a man who does more than just talk the talk, he walks the walk, wearing his heart on his sleeve and giving of his time and his talents to help others.