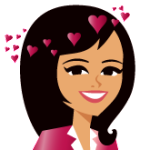 Last week my husband and I were invited to the Garth Brooks concert in Utah and we were given the special opportunity to meet Garth Brooks and his wife Trisha Yearwood. I have to say that they were both so kind and so down to earth that it was really a pleasure meeting them.

I am a huge fan of Garth’s music and there is one song in particular that I absolutely love because the lyrics in the chorus have such a powerful meaning. The name of the song is Unanswered Prayers and the chorus goes like this:

Remember when you’re talkin’ to the man upstairs

Some of God’s greatest gifts are unanswered prayers”

Tonight I was talking with someone I love dearly and they found out that they didn’t make it into the career program they had hoped they would make it into. For years it has been this persons dream and they have done everything in their power to make that dream into a reality, but things finally reached the point where it was out of their ability to control the outcome and they found out that they didn’t get in and the career they prayed for wasn’t going to happen.

As I talked to this person the words to Garth’s song came into my mind…when something in life doesn’t go the way we prayed that it would, we have to know that the day will eventually come when we will end up thanking God for that seemingly unanswered prayer.

In my own life there have been a hundred times I prayed for something to go my way, but then it didn’t. On every one of those times when I look back now at everything that happened as a result of each unanswered prayer I can clearly see that it led me to something a million times better than anything I would have even thought to pray for. The reality is that when I made my own life plan and prayed for it to come true I only had the ability to see a very limited view of everything that the Lord actually had lying in store for me. In no way could I have envisioned just how magnificent the things He had in His plan for me. That’s why we have to put our faith and trust in the fact that if we have done all we can do and things still don’t go our way….well, it’s because God has something WAY better in store for you up ahead.

So my advice to this person I love dearly is to get on his knees tonight and thank God for this particular unanswered prayer, trusting that what He has planned for you is an absolute masterpiece! 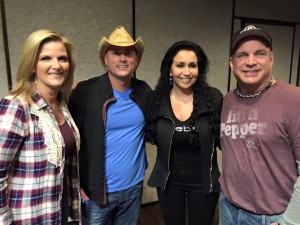 Have a great weekend!!!