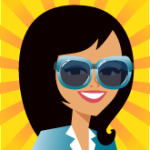 Very little is more inspiring then a group of our youth today coming together to spread a positive message in the world.  In a world so full of trashiness and negativity, it takes courage to stand up for good morals and values today – especially for our young people!  The peer pressures they face are unrelenting and tremendous, and standing up for good values is not exactly seen as “cool” by many of their peers.  So when a group of young people are willing to stand up for values in a very public way they deserve huge props!!

Last week a group of teenage boys gathered together to film a music video in order to share a positive message with all the young ladies out there.  The message they were sharing in the video was to let young women know that modesty and integrity are what make women beautiful. They changed up the lyrics of the popular One Direction song “That’s What Makes You Beautiful” to voice their message to the ladies.

When they gathered to film the video at Alta High School they found were missing a set of speakers they needed.  It just so happened that the woman who had written the lyrics to the song is related to the world famous singer “Alex Boye” ( www.alexboye.com ).  Here is a little background on who Alex Boye is: 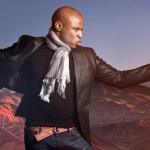 Alex is of Nigerian descent but was also raised in England.  He was the lead singer of the boy band Awesome in 1995 which made the top 10 charts across Europe.  He performed alongside Bryan Adams, George Michael, Simon and Garfunkel, MC Hammer, and many others.  After leaving the boy band Alex has gone on to release multiple Christian music albums.  In March 2013 Alex opened for Olivia Newton John at Royal Albert Hall in Britain.

So the woman called Alex to ask if she could borrow his speaker equipment for the boys to make their video and when Alex heard what these young men were planning to do he offered to come down and sing in the video with them!  You can imagine how excited these boys were?!?!

Watch the video here:    http://www.youtube.com/watch?v=oartIE7rKuM  (it will play after the four second commercial ends)

Today I want to give a HUGE SHOUT OUT to all the youth out there who are willing to stand for something and to share a positive message.  Hopefully other teens and even adults out there will be inspired to follow their example and spread more great messages in this world.

Have a great Monday everyone!
~Amy