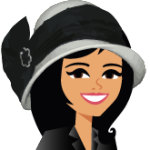 I just returned home from a fabulous opening night of the Sundance Film Festival, and WOW, what a night!  The evening began with a beautiful reception up at the Stein Erikson lodge in Deer Valley, Utah for the Artist at the Table Event, which is the premier opening night event for the Sundance Film Festival.  Following the reception we were taken to the Eccles Theater in Park City where we were welcomed by Robert Redford.  We then watched the opening night premier movie and then we were taken back to Stein Erikson lodge for an amazing dinner.  Each table had an artist seated with the guests, and my husband and I were seated with Mark Ruffalo, aka The Incredible Hulk in the movie Avengers.  He was also in movies such as 13 going on 30, Now You see Me, and many other great films.  The meal for the dinner was prepared by celebrity chef Giada De Laurentiis and she did an amazing job.  There were many notable actors, directors, producers, and politicians attending the event tonight.  It was a wonderful evening and an amazing start to the Sundance Film Festival this year.

I have to say that Mark Ruffalo was one of the most genuine and kind people I have met.  He is authentic and witty and sweet.  We were already fans of his great acting skills, but we were truly impressed with what a great person he is.  My daughter texted me during the dinner to ask me what Mark was like.  I responded by texting that he was incredibly nice.  Her text back to me made all of us, including Mark, laugh out loud.  Her text stated:   “Well duh, he did yoga for 10 years to control his temper. #hulk”

After we ate dinner Mark got up and gave a speech about how Sundance has affected him as an actor and how Robert Redford is such an inspiration to everyone.  Mark shared that the reason he loves movies is because when everyone is sitting in the theater laughing together, that all boundaries come down, all differences are set aside, money, status, religious differences all get set aside and people in the theater become a community that laughs together and cries together.  His talk was awesome and it was a great tribute to the 30th year of Sundance.

I am super excited to enjoy the next 10 days of the festival.  Tomorrow night is the Salt Lake opening and we will be seeing the documentary “Mitt” about Mitt Romney’s run for President.  That should be a great night as well.  Then it is a week of great movies, and parties, and special events.  Monday I will be speaking on a panel with John Warnock, founder of Adobe, at the Zions Business and Technology Sundance Event to speak on Risk and Reward.  Mark Ruffalo was actually supposed to be moderating our panel Monday but it sounds like he is being called out of town so someone will be filling in for him.  Darn :).

Here are a few fun pictures of the night: 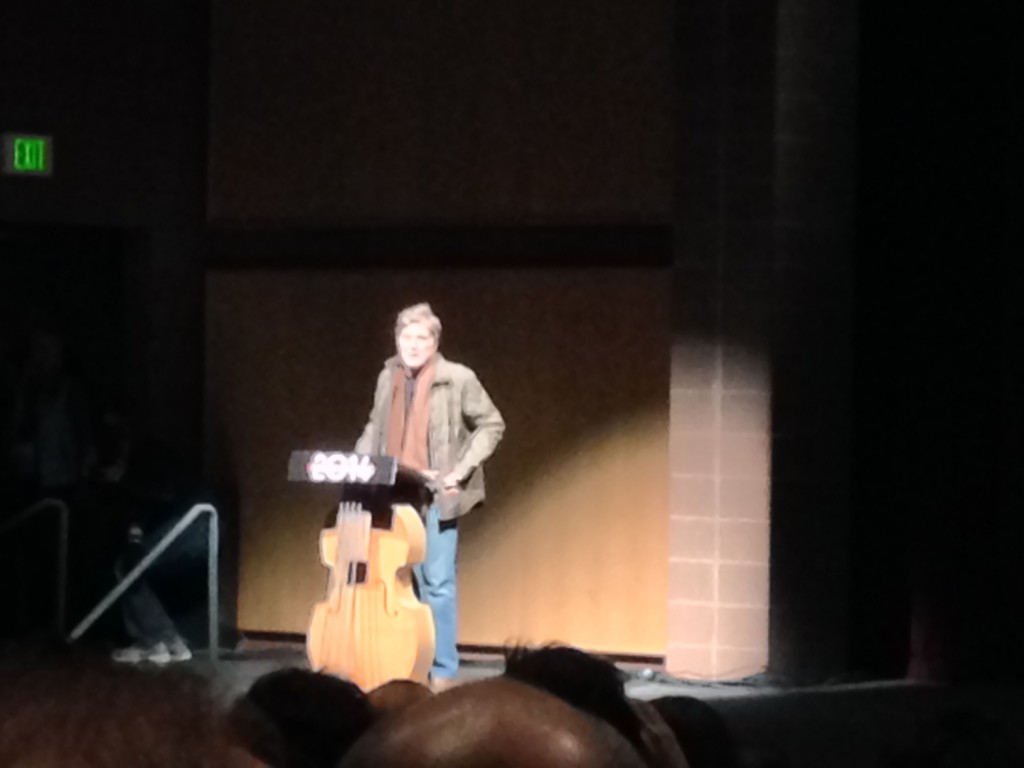 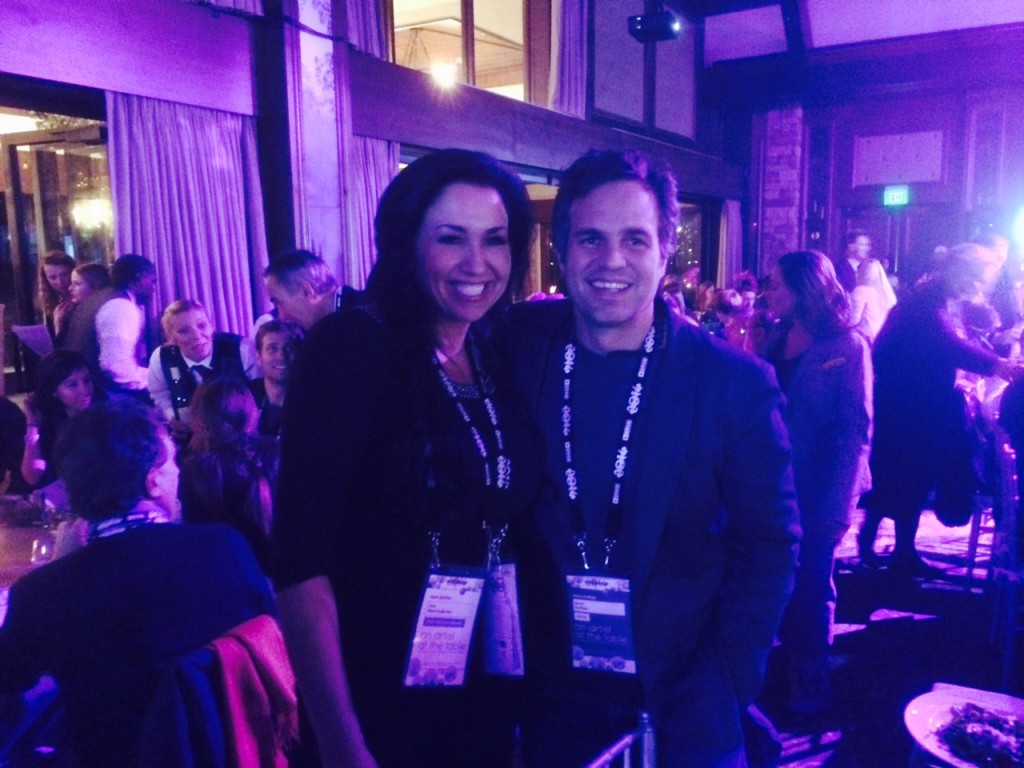 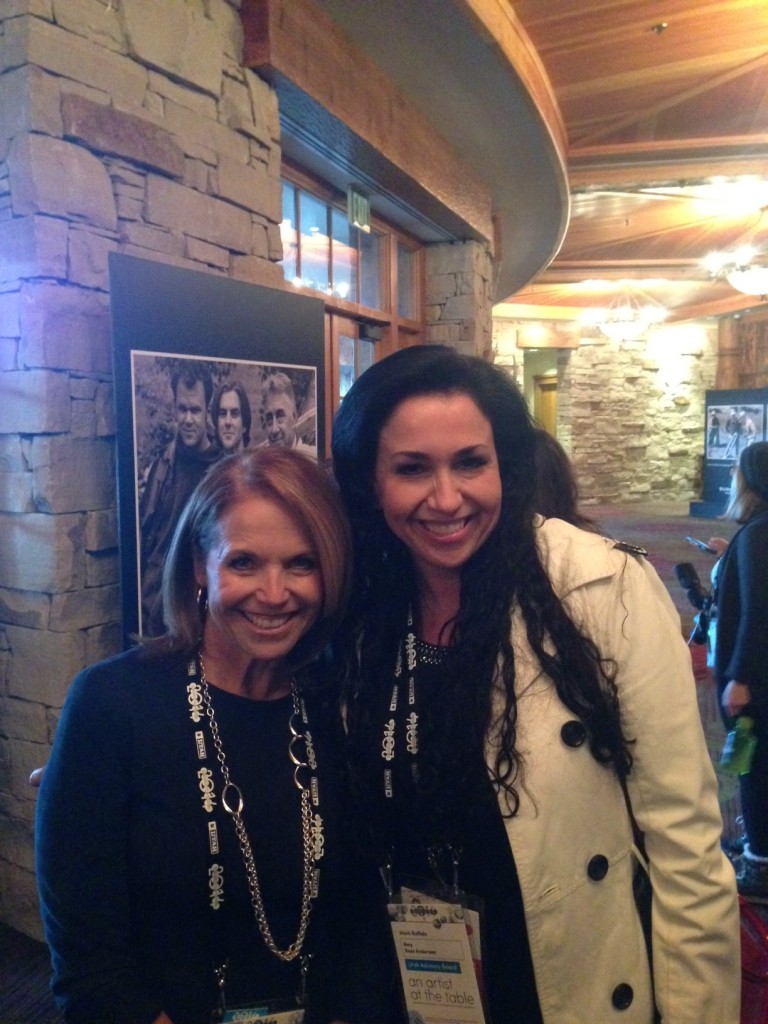 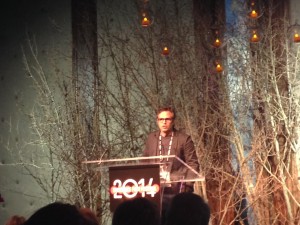