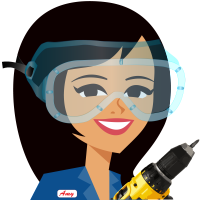 “A daughter needs a Dad to be the standard against she will judge all men.”

I was blessed with a Dad who set the bar unbelievably high as to what to expect from the men in my life. And it was his example that led me to choose an amazing man for my husband and the Father of my two children. I chose a man who has now set those same high standards for our daughter to look for in her future husband – a man of integrity and honor who will someday set that same example for her daughters.

I feel so blessed to have such an amazing Father who set the standard of greatness that led me to be with the husband I have. I know that I owe much of that selection of husband I made to the high standard my Father set for me as his daughter and I am forever grateful for that.

I am also incredibly grateful to have a husband who has taught our son through both his words and his example what it means to be a good father. And now as our son is preparing to have a little son of his own, I am confident that he is going to be an amazing father himself because he has seen his Father’s example of what being a great Dad looks like.

“Fathers, you are the primary model of manhood for your sons. You are their most meaningful mentor and believe it or not, you are their hero in countless ways. Your words and your example are a great influence on them.” – M. Russell Ballard

It is impossible to overestimate the influence of a good dad, yet too often we see the role of Dad being downplayed or diminished in the media as Dads get overlooked, made fun of, and disrespected. Which is sad because it is Dads whose presence and example can literally make all the difference in the world in the life of their child. And not only does a Dad make a difference in the life of his own child, but he makes a difference in generations to come because from each father stems children, then grandchildren, then great-grandchildren, and so on. Each one is influenced by the actions of the one who came before them – All it takes is the impact of one good man in the role of “Dad” to impact the lives of generations to come.

As we head into this weekend ahead and celebrate Father’s Day on Sunday where we will pay tribute to fathers, I want to sincerely wish a very Happy Father’s Day to all of the Dads out there, and I want to say “THANK YOU so much” for all of your hard work and sacrifices that you all make for your families. I also want to say a special thank you to my own incredible Father Jerry, my incredible Father-in-law Boyd, and my amazing husband Rollin. They are my heroes in life and I love them so so so much. And I truly hope every father out there will set the same loving example for their sons and daughters that mine did and do for me.