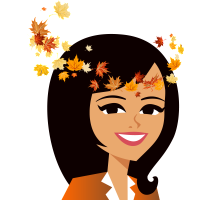 Back when I was in Jr. High School we were given a homework assignment to memorize a poem. I chose the poem ‘The Road Less Traveled’ by Robert Frost to memorize. Back then I was too young to really grasp the meaning of the poem but I memorized every word. Thirty years later I can still recite this poem word for word, but now I have a much better understanding and appreciation of its meaning.

Several times in our lives we will stand looking at a fork in the road and we will have to make a choice on which of the roads we will take. Often these two roads will appear on the surface to be very equal options but in reality there’s no way to know for sure where either road may eventually take us. And so we assuage our fears by telling ourselves that if we take the road on the right and don’t like it, then we can always come back and take the road on left instead…although deep down we know that its unlikely we will ever pass this way again. But we do the best we can with the information we have and we make a choice of which road to take and then we move forward.

Sure there may come a time when we look back and sigh, wondering “what if” we had taken the other road? Where would that have led? Those are questions it is impossible to know the answers to, so why waste time wondering?  Instead take heart in knowing that you made the very best choice you could at the time and feel confident that the road you chose will make all the difference…

Two roads diverged in a yellow wood,
And sorry I could not travel both
And be one traveler, long I stood
And looked down one as far as I could
To where it bent in the undergrowth;

Then took the other, as just as fair,
And having perhaps the better claim
Because it was grassy and wanted wear,
Though as for that the passing there
Had worn them really about the same,

And both that morning equally lay
In leaves no step had trodden black.
Oh, I kept the first for another day!
Yet knowing how way leads on to way
I doubted if I should ever come back.

I shall be telling this with a sigh
Somewhere ages and ages hence:
Two roads diverged in a wood, and I,
I took the one less traveled by,
And that has made all the difference.