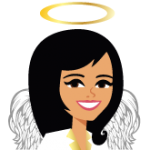 Four years ago, October 16th of 2010, I received a phone call telling me that one of my very best friends, Steve Gasser, had died suddenly while participating in a bike race down in St. George, Utah.  I was at Disneyland when I answered that call and I literally crumbled to the ground when I heard the words over the phone.  It couldn’t be! He was only 46 years old and in perfect health. In fact he had just recently gotten home from summiting Mt. Denali!  It wasn’t possible!  For me this was the first time I lost someone that was my age.  I had lost Grandparents but never a friend around my age.  I was devastated at the loss. My two children were also devastated at the loss because during my years as a single mom Steve had been the guy to come over each week and help my son with his scouting projects, and take him to football games, and who would snuggle with my little girl. He taught my kids to ride horses and go ATVing and he took them to the mountains and on hikes. He was also the guy who convinced me to take work off and go to Lake Powell with him in 2007 on a trip which ended up being the trip I met Rollin, who I ended up marrying.  Steve and Rollin became best friends too and Steve was even the witness at our wedding.  He was family to us.  He was our dearest friend.  I was not ready to lose him from my life.

As I sit here today typing this it brings back a flood of sadness at the fact I don’t get to call Steve anymore and hear his happy voice yelling “Hey Sugar!  WHAZZZZUP!!” I kept his phone number on my speed dial for a long time after he passed just so I could call it and hear his voice mail greeting…I know that probably sounds weird but it helped so much to just hear his voice.  I miss opening the front door and having him lift me off the ground to hug me (because he was so tall). I miss the joy he brought into the room, just by entering it. Now I realize most of you reading this didn’t know Steve, but I can tell you that Steve was the friend that everybody prayed to have in life.  He was the most unselfish, kind, happy, and loving person that you could ever meet and he was absolutely the most loyal friend.   Steve made everything happier and brighter when he was there.  And the loss of his presence is felt daily by all of us who loved him, and I can tell you that it is one long list of people (especially ladies, since Steve died as a single man with a slew of woman who all hoped to marry him one day, and who could blame them..it was Steve!!!).

The point of me sharing all this is twofold.  First it is admittedly selfish as I just wanted the world to know what an amazing guy my friend Steve was.  But second, and most important, I wanted to share with you the impact that one person had on the lives of so many as an example that all of us should strive to live up to with our own lives. All of us should strive to be the “Steve” in other people’s lives. To be that friend who is always there, and to be the person who never judges or makes people feel bad, but rather is the friend that encourages people and believes in people and genuinely hopes the best for people.  We should all be that positive force of joy that brightens up a room when we walk in.  Steve left a massive legacy of love behind when he passed and as far as I am concerned that should be the goal we all strive to achieve with our lives.  Yes, Steve was an incredibly successful business person who did very well for himself financially, and Steve was a great hunter and mountain climber and basketball player, but not one person remembers Steve for any of that.  They remember Steve for the way he loved everyone and the time he made for people and for the amazing friend he was. They remember Steve for his character and integrity and his charitable heart.

We spend a lot of our focus in life on trying to be successful in business, or trying to be the best at sports or mountain climbing or sailing or music, or whatever…but when our times comes to be taken from this world what people will remember is how we loved, and how we served others, and who we lifted up.  I hated losing my best friend. It was horrible. But I love the example that Steve set for me and I love the time I had with him and I love the legacy of love that he left behind.

I know the day will come when I too pass from this life and nothing will make me more at peace than knowing that Steve Gasser’s spirit will be there waiting to greet me on the other side with that huge smile saying “Hey sugar!  WHAZZZZUP!” and lifting me off the ground with a huge bear hug to tell me it will all be okay…

Go be the “Steve” in someone’s life.  Have an amazing day everyone! 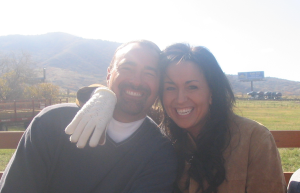 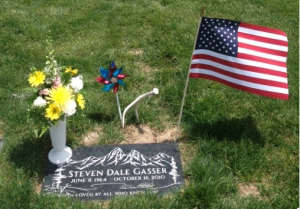