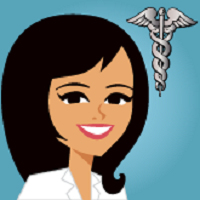 Today I was privileged to attend the dedication of the Huntsman Cancer Institute’s Primary Children’s and Families’ Cancer Research Center, HCI’s newest 225,000 sq ft world-class facility that doubles their current research capacity dedicated to advancing research in cancer. As explained in today’s press release regarding the new expansion, “Research enhancements include a biotechnology center, complete with the latest advanced genetic sequencing and imaging equipment. Scientists and researchers at the center will leverage the additional space and technology to study the leading disease killer of children, to trace familial cancers, to accelerate the development of new treatments and cancer prevention strategies, and to enhance training programs for the next generation of cancer researchers.”

Back in 1992 Jon Huntsman, Sr. was diagnosed with prostate cancer. After undergoing surgery for his cancer he decided he was going to find a way to help rid the world of this terrible disease. That’ led him, in 1995, to found the Huntsman Cancer Institute in Salt Lake City, Utah, a state-of-the-art facility that would pioneer research for curing cancer while also offering the highest quality of patient care in the most comfortable setting possible for both the patients and their families as they undergo treatment.

One of the reasons Jon chose Utah for this world-renowned hospital and research center was the fact that The Church of Jesus Christ of Latter-Day Saints, headquartered in Utah, hosts one of the largest genealogical databases in the world and Huntsman believed that would be an incredible asset to HCI as they were researching the genetic basis of cancer within families. Huntsman’s belief was correct. Not only has HCI discovered several genetic mutations that lead to cancer, they have been able to identify people who have inherited those genes and been able to remove their tumors before they become cancerous.  To date, HCI’s researchers have identified more cancer causing genes than any other lab in the world.

Since the time Jon M and Karen Huntsman originally founded the Huntsman Cancer Institute back in 1995 they have not held back when it comes to giving. They have donated over half of the approximately 1.5 billion dollars that have gone into HCI thus far.  And just today, at the ribbon cutting for HCI’s Primary Children’s  and Families Cancer Research Center, Jon surprised everyone with an announcement of his new donation commitment for another $120 million. Given that today is Jon’s 80th birthday it was incredibly humbling to see that he was focused on giving a present to everyone else in the world rather than receiving a present himself.

Jon’s lifetime philanthropic giving has exceeded $1.5 billion, giving to the cause of eradicating cancer, and other causes like helping the homeless and  the underprivileged, and supporting Universities (in fact it was just last month that he announced a new $25 million gift for Utah State University).

Jon is an entrepreneur who worked his guts out and became incredibly successful. He has amassed tremendous wealth in his life, but what makes him truly rich is the fact that he has taken all that wealth and he has used it to truly change the world. His son and CEO of Huntsman Corporation, Peter Huntsman, shared at today’s dedication that his father’s greatest wish is for the Huntsman Cancer Institute to one day be able to be turned into a Four Seasons Hotel because cancer will have been eradicated. Speaking as a woman who lost her Grandmother and Aunt to cancer and has had two dear friends battle cancer, I can only hope that wish will someday come true.

Jon Huntsman Sr is the perfect example of one person’s ability to change the world. Perhaps we can’t all do something as grandiose as what Jon has done, but without question we can all do something to change this world for the better. Thanks Jon for your inspiring example!