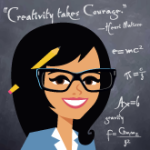 Do our thoughts really have an influence on what we are able to accomplish in our life?  The answer is simple – YES!

The Victor  (by C. W. Longenecker)

If you think you are beaten, you are.

If you think you dare not, you don’t.

If you like to win but think you can’t,

It’s almost a cinch you won’t.

For out in the world we find

Success begins with a fellow’s will.

It’s all in the state of mind.

If you think you are out classed, you are.

You’ve got to think high to rise.

You’ve got to be sure of your-self before

You can ever win the prize.

To the stronger or faster man.

But sooner or later, the man who wins

Is the man who thinks he can.

This is the start of a new week so why not make it a week of thinking “I CAN” or at the very least “I MIGHT BE ABLE TO”…then TRY!  All it takes is a thought…