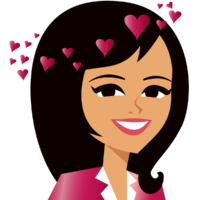 Tonight my kids showed me a social media post where someone shared their view on something and someone else disagreed with them by calling them a derogatory word, and sadly this exchange took place between two people who supposedly loved each other. I wrote a blog on this very subject five years ago because I thought the nastiness on social media was bad back then and yet its gotten so much worse now…. Over these last five years derogatory exchanges on social media have gone from strangers anonymously tearing another stranger down to friends going after friends online and families going after families….it needs to stop.

Here’s what I posted on this subject five years ago:

I think it’s awesome to learn about other people’s views and beliefs because it helps us get to know where other people are coming from. And I am proud of my own views and beliefs and I am willing to share them anytime, with anyone, who wants to know them in order to get to know me and where I am coming from. Perhaps if we all go into sharing our beliefs with the intent of learning more about each other, and coming to understand and appreciate each other more, we could actually learn a tremendous amount. #BeNice