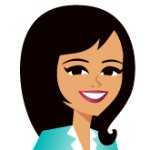 Today was focused on two topics – breaking stereotypes of women in media and reducing our sugar intake to fight obesity.

First was a luncheon with actress Geena Davis.  Geena is an incredibly tall, beautiful woman, who is clearly incredibly intelligent.  She founded the Geena Davis Institute on Gender in Media, a charity that is focused on driving gender balance in media and portraying females in a more positive light.  She shared some statistics that were very surprising, for example, she shared that the average number of women in any crowd scene in a movie or television show is only 17%.  She shared that from 2006-2009, not one female character was depicted in a G-rated film in the field of medical science, as a business leader, in law, or politics and girls characters are outnumbered by boy characters 3 to 1.  Geena shared that our young girls today need to be able to see the examples of successful women role models in the media to show them that they can achieve anything they set out to in life.

Second we went over to see Fed Up, a documentary that follows the life of several children for more than two years as they battle with obesity.  Before I share some highlights of the film I will share some relevant facts on obesity:

According to the CDC, over 35.7% of adults in the US are obese, and 17% of kids between 2 and 19 are obese.  Obesity in children has more than tripled since 1980.  The instance of type 2 Diabetes was once called Adult Onset Diabetes, but today we have a tremendous number of children now suffering with type 2 Diabetes.

Fed Up highlights the fact that people are being lied to by the food industry today.  It shows that a push for exercise alone will not fix the problem of obesity.  It will take a major shift in our food intake – mainly by cutting out the large amounts of sugar being consumed by people today.  The documentary shares the belief that lobbying of large food companies has led to political choices that are hurting the health of our children today.  They point out that when you check the label of any food it shows the percentage of calories and carbs and fat that the product represents of the recommended daily allowance – but not so with sugar on the label.  It has no percentage listed next to it.  Prior to this movie I had never even noticed that, but I rushed home to check and sure enough the sugar has no percentage shown even though all the other elements do.  There was no question that the target of this film is to educate people on the fact that sugar is a MAJOR reason for the obesity epidemic we are facing today.   With sugar being placed in baby formula to get babies addicted to sugar from the time of birth, to fast food being served for school lunches to our kids, and packages in the stores labeled with promises of lower fat yet hiding the fact that in order to remove the fat they have loaded the product with more sugar to make it taste good – the movie does an excellent job of teaching the viewer’s just how hazardous sugar is to our health and weight problems.  And it teaches how food companies are using marketing tactics to make us believe that the sugar isn’t the problem – in fact they show one of the heads of a soft drink company testifying before Congress that soda is not contributing to obesity and rather that it is helping to satisfy the amount of liquid a person needs to consume in a day – can you believe that?!!!  It is as bad as the tobacco companies that testified before Congress that smoking doesn’t lead to cancer…yet finally after years and years of education people have come to recognize that all the advertising that smoking is sexy was a huge lie.  There is nothing sexy about dying of cancer.   Now we just need to find a way to educate people that there is nothing sexy about dying of obesity or obesity driven health conditions, regardless of how much false advertising promotes a different picture.

I took my daughter with me today and I was so glad she was able to learn from the film.  I would highly recommend that parents find a way to watch the film Fed Up themselves and let their children watch it.  The film teaches about the problem of sugar in a simple and easy to understand way.   It was highly educational and it helped you see that there are immediate changes in your diet that you can make to start losing weight and become healthier.

All in all another great Sundance Festival Day!