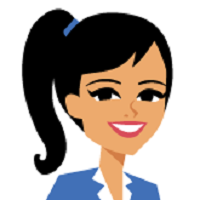 Welcome back from your holiday weekend! I hope everyone was able to make time for a little romance over Valentines. I know I personally have to credit my husband for knocking it out of the park with my favorite roses, cooking me breakfast, drawing hearts with crayon on my shower walls with cute sayings in each of them like “Be Mine” and “Hot Stuff!”, and getting me chocolate covered strawberries…smart man… 🙂

Speaking of romance, I’m reminded of a talk show episode that came on the TV one day as I was getting ready – the hosts were discussing a research study had come out which stated that women are most likely to give their man some lovin’ on Thursday nights.  Of course that prompted my husband to yell out from the other room, “Hey Baby, guess what day it is?!?!… Thursday!!!”

Interestingly they went on to share that in that same study (conducted by St Tropez) it cites that:

*Women have their worst night’s sleep on Monday nights

*Women look their oldest each week at exactly 3:30pm every Wednesday

*Women are the happiest on Friday’s, which the study states may be attributed to the youthful, rosy glow they have after getting a little romance on Thursday evening.

The study’s recommendation was that women to get 7 to 8 hours of sleep each night and plenty of good lovin’ in order to keep young and help prevent aging.

Apparently there is merit to their claim on how to stay young.  Dr. David Weeks, a neuro-psychologist (who published his results in a book called Superyoung: the proven way to stay young forever), did a ten year study that showed that married couples who are amorous three times a week look more than ten years younger than those couples who are only amorous twice a week.   Dr. Weeks study showed that not only do these couples look younger, but they also kept themselves in better physical shape for their partners.   His study concluded that because these couples looked younger they were more altruistic, confident, and had more intellectual activity.

I suppose the bottom line is this – the results of these studies were probably all written up by married men who were trying to get some attention from their wives – just teasing – the truth is that there have been numerous studies done that all validate the fact that it’s important for married couples to make plenty of time for romance in their relationship if they want to stay looking and feeling young.

I’m grateful for Valentines reminder to make more time for romance in our marriage so we can look and feel younger! But I better be off to bed now…after all, its a Monday night and according to that study I’m in for my worst night’s sleep of the week tonight and I’ve got to be plenty rested up to give a talk tomorrow afternoon at Brigham Young University. …good thing tonight’s not a Thursday 😉 …tee hee…