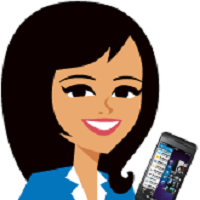 I grew up with a father who would start every day with a 3×5 index card in his shirt pocket that held a list of everything he planned to get done that day, and throughout his day he would cross off each item from that 3×5 card as he completed it.  My Dad was absolutely relentless each day about only doing the things listed on his 3×5 card. And I do mean relentless!  So much so, that we’d often tease him that if something wasn’t on his 3×5 list that it was never going to happen. We all knew that Dad refused to get distracted from anything that wasn’t on his list – he had a plan for his day and he was sticking to it!

The older I get the more I have come to recognize and appreciate what my Father was doing with that 3×5 card.  I have come to appreciate that the reason my Father was such a stickler for only working on those things that were listed on the card was that he had a plan for his day and he was determined to be proactive in getting that plan accomplished – it also kept him from becoming reactive to a bunch of distractions that would come up in the day and which could have easily throw him off course. If it wasn’t on his 3×5 card, it was an easy “no” for him.

Far too often I find myself getting sucked into being reactive instead of proactive throughout the day. I find myself being distracted by an onslaught of incoming emails and a barrage of texts or unexpected phone calls…then suddenly I look up and the day has come to an end and I haven’t even come close to accomplishing the things that were on my to do list for the day.

I need to do a better job of making a plan for each day and then force myself to stay wholly focused on my plan so I stay proactive and don’t allow myself to get sucked into being reactive.

I read today that research has shown that for every one minute you spend in planning you gain ten minutes in execution. So if we take ten minutes each day to make a plan for tomorrow we will effectively gain an extra 1 hr and 40 minutes!  Just think about it…an extra 1 hour and 40 minutes just by spending 10 minutes creating our plan every day!  Then if we can stick to our plan and use it to avoid distractions there is no telling how much more we will actually get done!

As we make our plan for each day some tips I found were that we should:

– Avoid putting “urgent but unimportant” items on the list
– Put more “important but not urgent” items on the list
– Put the thing you least want to do very first on the list so you can get it done at the start of your day and put it behind you – the longer you avoid it the more it will weigh you down throughout the day so just get it done very first thing
– Don’t forget to say “no” to things that aren’t on your list!

Kudos to you Dad for sticking with that 3×5 list every day (despite all our teasing!). I think I finally appreciate its magic and I definitely admire your ability to stay focused on it. Now if only I can have the same level of discipline in my day – but to my credit there was no such thing as texting and social media back in your day and your emails came in the mail with a stamp…but given that you had ten kids distracting you every night I will say “well played Dad…well played.”