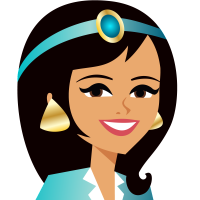 Back in 2016 I took my family on a Disney Cruise to the Mediterranean. While on the cruise my son and daughter decided to go to a workshop they were holding on how to draw different Disney characters. At the start of the class the crew passed out pencils. These particular pencils had no erasers at the end of them and a crew member explained to the class that Walt Disney whole-heartedly believed that “there are no mistakes—only discoveries!” Therefore there is no need to use an eraser.

What my kids took away from that workshop was far more than a drawing lesson on how to draw Disney characters. They came away from that class having been deeply impacted by the object lesson of having no erasers. It taught them they should never be afraid to pick up their pencil and start drawing. It taught they they should be confident in their efforts and not worry about having to have every line be just so, and not worry about how things are going to work out, because there can be no failure when we are trying…there are only discoveries…we are discovering things that work and don’t work…we are discovering our own talents and abilities…and we are discovering that the lives we are drawing are going to be a masterpiece.

“There are no mistakes–only discoveries.” So don’t be afraid to take your pencil and draw…your masterpiece awaits!