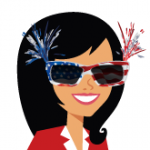 “O thus be it ever, when free men shall stand; Between their loved homes and war`s desolation; Blessed vict’ry and peace, may the heaven rescued land; Praise the power that hath made and preserved as a nation; Then conquer we must when our cause is just; And this be our motto, In God is our Trust.”

Memorial Day is almost upon us.  And as exciting as it is to think of it as a day off of work and a fun time with our families and friends, I wanted to be certain to remind everyone of something else we should take time to consider this Memorial Day Holiday.

“No arsenal, no weapon in the arsenals of the world, is so formidable as the will and moral courage of free men and women.”  -Ronald Reagan

Memorial Day Holiday was originated after the Civil War ended to commemorate the fallen soldiers of the Civil War.   Abraham Lincoln gave a speech at Gettysburg in which he focused on the loss of life during the Civil War and the higher cause for which lives were given.  He stated:

“That from these honored dead we take increased devotion to that cause for which they gave the last full measure of devotion, that this nation under God shall have a new birth of freedom, and that government of the people, by the people, for the people, should not perish from this earth.”

Abraham Lincoln’s desire was that this cause of freedom which so many soldiers had willingly given their lives to protect would not be lost.  His desire was that we would remember their courage and that we would remember the importance of what they were fighting for so that we too would be stand willing to defend our rights and our freedom that we have in America.  We are so incredibly blessed to live in a land of freedom.  So much of our world today doesn’t enjoy that blessing and we should never ever take it for granted, nor should we take for granted those men and women who have dedicated their lives to protecting our freedom.   Their sacrifice is greater than many of us are aware of…

Since Memorial Day Holiday was first instituted, the holiday has been extended to be a day in honor of all of those who have died serving their country in any war.  And I personally look at it as a day to also honor all of those men and women who have ever served, or who currently serve to protect the cause of freedom throughout this world.

Memorial Day became far more meaningful to me the year that my little brother who I love with all my heart, was over in Afghanistan serving in the Air Force.  I worried about him every day.  At the time he went, he left behind a two year old, a four year old, and a young wife who was pregnant with a new baby boy that was due to be born during my brother Andy’s deployment to Afghanistan.  I watched his young, pregnant wife, struggling to manage her two little boys on her own while she carried her fears of Andy’s safety and well-being around in her heart each day.  I worried about my little brother every day and I prayed each day for his safety.  Going through that experience taught me that it is not only the men and women serving in the military that are being put in harms way each day to protect all of us who make the sacrifice, but it is also their spouses, their children, and their families who are left behind that sacrifice for us as well.  I can honestly say that experience helped me to never again take for granted all of those, both the people serving as well as their sweet families, so that I can live in a land of freedom.

“This weekend I am going to do something different. I am going to buy some carnations each day and go to one of the nearby cemeteries and walk through the sections for soldiers. When I find a grave that has no flowers, I’ll leave one and say a prayer for the family of that person, who for some reason could not bring their soldier flowers. I will pray for our country and all who serve or have served. For their families, who also serve by losing precious days, weeks and months spent with their loved ones who are off serving, preserving peace and the freedom we have in this country. I’ll pray for the families who paid the ultimate price, who’s loved ones died, or were taken captive and never returned. I’ll pray for anyone who may still be held in captivity and thinks perhaps they are forgotten. I do NOT forget.”  -Sylvia Mohr

“Let us pause with respect and honor on this Memorial Day to remember those who fought, for those who gave their life, and for those who willingly stand ready today to do the same, without question, when the defense of freedom calls on them. We owe each of them the highest regard, respect, and honor; and the assurance that their commitment to this Nation’s freedom will never be forgotten.”

I want to express my profound personal gratitude for our soldiers and for their families left behind.  I am so blessed to live in a country of freedom.  I am so grateful for all that freedom affords me and my children and someday my grandchildren.  I am grateful to live in a nation that was founded under God, which upholds liberty and justice for all.  At this time of remembrance I am thankful for all of those wonderful people who have come into my life.  And for those who have passed on from this life I am grateful for the blessing they were in my life during the time we were together.   They are greatly missed.  God bless our military men women and God bless their families.  And God bless all of you.

Have a great Memorial holiday weekend everyone!