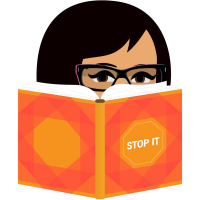 “All that is necessary for evil to succeed is for good men to do nothing.”-Edmund Burke

I have been thinking about that quote a lot as of late. I think we sometimes let ourselves think that if we aren’t doing anything bad, that we are therefore, good enough. But in this world where so many people are doing bad things, in order for us to be truly good, we have to be willing to take a stand against that which are bad.

Why would good people, when they see something bad happening, sometimes choose to do nothing? Perhaps it’s due to fear, or perhaps its due to laziness, or perhaps it stems from being so overwhelmed already that they feel like they just can’t take on anything else. And let’s face it, not getting involved and looking the other way are obviously WAY easier to do in the instant because that requires nothing from us. It’s the easier thing to do. But perhaps that is why there are so many bad things happening in the world these days…perhaps its because for too long too many people have looked the other way or avoided getting involved and evil has been allowed to succeed more and more.

“Few men are willing to brave the disapproval of their peers, the censure of their colleagues, the wrath of their society. Moral courage is a rarer commodity than bravery in battle or great intelligence. Yet it is the one essential, vital quality for those who seek to change a world that yields most painfully to change.” – Robert Kennedy

Admittedly, having the moral courage to do something can be scary, time consuming, emotionally draining, physically demanding, and even painful. But we have to ask ourselves, “If not me, then who?” We can’t just assume someone else will handle it. We can’t just ignore it and pretend we didn’t notice. We can’t just say its someone else’s problem. Because at the end of the day it slowly becomes all of our problem…

If we want the world to be a better place we need to not only continue to do good, but we need to also step in whenever we see bad and be willing to do something about it!  #moralcourage

Have a beautiful weekend everyone!