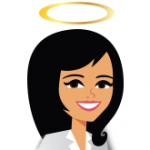 Today I was at a meeting where I ran into a very dear friend and mentor of mine who is someone I admire and care about very much. A few months ago he had a major heart attack and went through serious heart surgery. It came as a shock to all of us when he had his heart attack because he is one of the most health conscious, athletic people you would ever find. He has been slowly recovering and coming to terms with the fact that his life is going to have to slow down a bit going forward, which for someone as active as he is will be a major challenge. Today was the first day I have seen him since his heart attack and I was so happy to be able to go and give him a hug and see that he is back on his feet again and looking well.

As we sat and talked he shared the story of what happened to him and the miracle that occurred which made it possible for him to be with us today. He was driving on the freeway in rush hour traffic when the heart attack hit him. He said the pain was unreal. He was able to make his way over to the outside lane and he got off the first exit open, which was an exit toward an outlet mall that wasn’t yet open for the day so there weren’t any cars around whatsoever on the road he’d taken. He pulled to the side of the road and stepped out of his truck, doubled over in agonizing pain. He said that he truly thought he was going to die right there. His arms were going numb so he tried but was unable to dial 911 on his phone…he stood bent over in immense pain next to his truck on the totally empty road. Suddenly a single car came driving toward him from the opposite direction and pulled over to help him. The person who stepped out of the car was his son-in-law…no joke…his son-in-law immediately helped him and he made it to the hospital in time to save his life.

Talk about a story of divine intervention – there is just no denying that this friend was saved by a miracle. There was no coincidence that his son-in-law just happened to drive down that empty road at that very moment and recognized a person in need just in time to save his life. I absolutely believe that God wanted my friend to live that day. For whatever reason, his time was not done here on this earth and God must have something more for my friend to still accomplish before his time is through. And I for one am incredibly grateful that He does because that means we get to have this friend in our lives for hopefully a long time to come.

I believe we all have a purpose/mission to fulfill in our time here on this earth. When someone is living their life right and trying to fulfill their purpose and they are taken from this life, I believe that God felt they had done all He needed them to do on this earth and He wanted them home with Him to fulfill a greater purpose He has for them on the other side. I also believe that when God feels a person still has more to accomplish in this life He will perform miracles to make sure they are kept here until their mission can be completed. I have no doubt that is what He did for my friend.