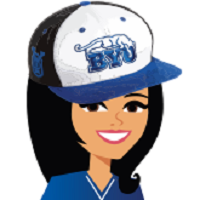 Over the years I have had a lot of college students and young entrepreneurs who have asked to meet with me to seek my advice about different business idea they have come up with. I couldn’t count the total number of people I have met with over the years to hear their idea and then give them whatever insights I am able to, but what I can count is the number of people who have actually followed through with taking the initiative to actually execute the idea they had presented.  In fact I wrote an article for Forbes called “Ideas Are A Dime A Dozen. People Who Implement Them Are Priceless.” on this very subject.

Last year, my nephew who is attending a University called me to ask for my input on a business idea he had. He explained his concept and I gave him a few thoughts on the initial steps he would need to take to get the idea off the ground.  We finished our call and I went on with my day. Within a few hours he called me back to tell me he had done those initial things we had discussed already and he wanted to report back what happened. I was honestly stunned. I suppose I was stunned because I have had so many conversations where people have been all excited to pitch their idea but then when they realize how much actual work it is going to take they drop it.  But my nephew wasn’t deterred one bit by the work it was going to take and he didn’t let a second slip away without jumping on it.

We then discussed the next steps he needed to take which included approaching the University bookstore to pitch them on carrying his product with him using nothing more than a prototype to win them over. As I talked through it with him I thought to myself, “Will he really have the courage to go make this big of a pitch right out of the gate and before he even has the product ready?” Well sure enough he did. The very next day he called back to report that he had made the pitch and they were willing to carry his product so he wanted my advice on what he should do for a contract. Again I was blown away.

He didn’t wait to have all the details figured out before he began working on the idea. He didn’t wait to perfect his prototype or have the marketing campaign perfectly laid out. He did the bare minimum to have a prototype he could pitch and he got in front of a customer and landed the sale!  Then once he had a paying customer locked in he went to work on figuring out how to deliver a final product.

The end result was that he got his product up and going and he was able to contract with the bookstore to have them carry it. All because he was willing to actually take action! He didn’t just talk about his great idea, he got out there and started doing. He mocked up a prototype and landed a customer and got a contract in place all within a matter of days! It was amazing to watch.

I have no doubt that my nephew is going to be incredibly successful in business because he is willing to actually do the work to make things happen. He has figured out that the secret to becoming a successful entrepreneur is to not just talk about your idea but to get out there and actually DO IT!!!