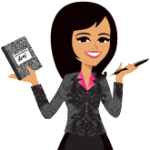 Packrat, hoarder, collector….we have all heard the terms.  Some of us even relate to the terms.  Maybe not to the extent that we see on the TV show Hoarders, but somewhere between that and a packrat.

My son is someone who I have teased for years as being somewhat of a packrat.  He saves every little piece of paper from life.  He saves every card, every note, he even saves every napkin from his school lunches because his little sister used to write him a little note on his napkin each day and he would literally bring every single napkin home and place it in his special boxes with the hundreds of other letters and notes.  He would save everything.  If someone put a smiley face on a post it note he would save it.  He saved it all.  Before he left to go on his mission I suggested that maybe he should go through his piles and piles of boxes of saved items and get rid of the “less important” things so there wouldn’t be so much to pack into storage. He was mortified at the suggestion.  He said that every single item meant far too much to him to throw it away.  I laughed and shook my head at his reaction, thinking to myself he was just a mini-hoarder.  Then I helped him pack it all safely away.

Then from his mission we started getting boxes shipped home that were full of notes and letters and papers.  There were even small scraps of paper with little notes scribbled on them.  One box was full of post it notes with positive messages on them that we had sent to him over the months to put up around his apartment whenever he had a down day. He had saved them all and was sending them home to place in his special boxes.  If I send a delivery from the cookie company and they add a typed card with the delivery he saves it and sends it home to keep.   I started to wonder if I should be getting concerned that my on really was a hoarder.

Then tonight as I went to go add yet another box of notes he had shipped home to add to his collection, rather than just throwing them in the box I began to really look at the collection he had amassed over the years.  In the box were birthdays and holidays and memories of happy days and sad days….I got choked up as it hit me – of course he should be saving these! So many people in the world collect things – toys, cars, jewelry, art, all kinds of “things”, but that wasn’t what he was collecting, he was collecting his most valued possessions, and to him that is the loving notes and letters that remind him of the people and the moments that have mattered in his life.  A hand written picture from a nephew, a napkin from his sister, a card from a friend, a letter from his mom.  To my son these are his most valued possessions.

So often in life we dismiss the value of sentiment.  We get so caught up in saving “things” but we toss aside those little notes and cards – yet 20 years from now when we open that special box and look inside it will be those notes that bring us joy.  It will be those cards that paint the picture of our history and our most treasured memories in life.

“We think we are sophisticated when we are casual and unsentimental, but the truth is that trying to get along without sentiment is like trying to live in a world without flowers or music or the warmth of a fire.”   – A. Whitman

The lesson for me today is to save the important things, the sweet notes and cards and messages on napkins…they matter…a lot – So embrace sentiment!