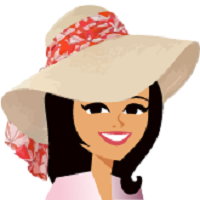 Several months ago the day after we’d spent time together as a family (with my two kids and their spouses and our grandbaby) my husband said, “I think we are going to be grandparents again.”  “Of course we will be” I replied with certainty given all the incentives I’ve thrown out to bribe my children to each produce 8 grandchildren for me so I can have 16 grandbabies to be able to fill the kids bunk beds I built into the basement of our home I designed. My husband responded, “No I think our daughter-in-law is already pregnant again.” I told him I had thought that same thing myself but I had asked the kids that question and they had told me repeatedly that she wasn’t yet and they were going to wait for a bit longer to try.  “I know they told you that but I’m just telling you I’ve got a really strong feeling she’s already pregnant.”  I immediately got on my cell phone and called my son Dalton – “ARE YOU GUYS PREGNANT?”  I asked.  “If we are that would be a surprise to me!” Dalton replied acting totally shocked at the thought. “Well your Dad said he has a feeling you guys are.” I said.  His reply was that his wife better not be because they had planned to wait a while to try again.

So being a trusting mother of my son I got off the phone with my son and told my husband., “See, they aren’t.”

Fast forward a few months to the week after Christmas to find me and my husband at my son’s Dalton’s condo playing cards with my daughter Ashley and her husband. Suddenly my son Dalton walks into the room and throws something down on the table – here’s a video his wife was shooting that shows what happened next:

Those sneaky little sneaks had been keeping her pregnancy secret from everyone until they could find out the sex of the baby!  And come to find out the day I called my son on the phone asking if they were pregnant they had just gotten confirmation that she was pregnant so my son shared how shocked he was that we called them so quickly after they found out!

I realize in the video it might sound harsh that I was calling my son a liar, but in all fairness – he did lie to his sweet trusting mother…little punk! But I’m gonna forgive them because I’M GONNA BE A GLAM-MA TIMES TWO!!!!  AND IT’S A GIRL!!!!!! My very first grandbaby girl!!!! I’M SO EXCITED!!!!  I CANNOT WAIT to go shopping for baby girl things for little Maggie (they are naming her Magnolia after the Mississippi state flower since my son and his wife first met in Mississippi).  Maggie has NO IDEA how much pink bling and sparkle glam-ma is going to have waiting for her when she arrives in June!   🙂    #bestnewsever