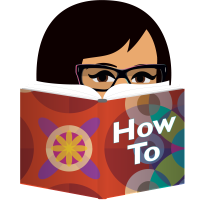 I wrote a book titled “What Awesome Looks Like: How To Excel In Business & Life” which was just published last year.  In my blog posts for this week only I thought it would be fun to share some excerpts of my book with you. Today I’ll be sharing my intro to the book and an excerpt from Chapter One from. Here’s the intro:

I get it. You’re busy. We’re all busy. I mean, seriously, who even has time to read a book these days? I’ve got attention deficit disorder (ADD) myself, so if a book doesn’t have big print and pictures I am typically out unless there is a genuinely compelling argument why I should be in … so here goes:

I am an ordinary person who was able to accomplish something extraordinary. I became an entrepreneur when I started my very first tech company at age twenty-three, and, at forty, as founder and CEO, I sold MediConnect Global Inc. for over $377 million cash. BOOYAH!

How did I do it? The answers to that question might surprise you. They aren’t the answers they typically teach in college courses, but that would make sense since I dropped out of college—not because I didn’t value education; I just couldn’t afford to finish back then—however, I did go on to receive an honorary PhD, so feel free to call me “Dr. Amy,” since my family refuses to (at least not with a straight face).

Early on, I learned most things the hard way—trying, failing, learning from my mistakes, and trying again with the wisdom I’d gained. I went from bouncing so many checks at age seventeen they had to fly my father in to meet with the bank’s president, sinking a ski boat, spending hundreds of dollars on a snow shovel, and typing clients’ data into the computer manually because I didn’t know data could be transferred electronically—to having an investor hand me a check for a million dollars based on my word alone, leading the development of complex web-based software systems, raising two children as a single mom and sole financial supporter, selling a company for $377 million, launching an angel investment firm, founding a charity to promote entrepreneurship as a pathway to self-reliance, and accomplishing every goal I’ve ever glued to my Goal Posters.

Along that journey I learned invaluable lessons, but I realized that if I wanted those experiences to benefit others, I would have to share them. So as CEO I began writing a daily blog to my employees. Interestingly enough, the more I shared in a completely open, authentic way, the better our profit margin became.

After successfully selling the company, I continued writing my daily blog, now making it accessible to everyone in hopes of helping others excel even faster and easier than I did, which led to Forbes and the Huffington Post asking me to be a contributor to their sites, and eventually to ForbesBooks reaching out to me to write a book, and voila … here we are!

It’s lucky for you that I have ADD (yes, I take meds for it … no shame), because it helps me cover a lot of ground quickly, get right to the point, and be ALL KINDS OF FUN! Obviously, I won’t fit everything I’ve learned in this one book (especially if it’s going to fit the big print and pictures), but I’ve included several simple, tangible things that taught me WHAT AWESOME LOOKS LIKE!

Don’t Lose Hope. You Never Know What Tomorrow May Bring.

One of the first experiences that caused me to question if I ought to give up happened about three years into my first start-up. I had been reselling another company’s software, but as my business grew, I’d become impatient that the company wasn’t adding in the features I felt it needed to best serve my clients. So I approached the development company and proposed a deal—I would take on the development of their software for them (they would retain ownership of the source code) if they would pay me an agreed-upon price to cover my costs of hiring and running the development team for them. The company agreed, and we negotiated the terms of the deal. In anticipation of our scheduled contract signing, I began hiring the software development team so that I’d be prepared to hit the ground running.

The day before I was to fly out to their office to finalize our deal, I got word that the FBI had raided their offices and stopped their ability to move forward with any deals while an investigation related to a recent merger they’d undergone took place. It was clear there would be no signing of a contract or funding from them for this development team I had just hired, yet I was now two weeks away from needing to meet payroll for all these new employees. It appeared to be a hopeless situation, and I had no idea what to do. I’d spent three years growing that company from a ten-by-ten-foot room in my home to a nationwide reseller, and I had done it the hardest way—by bootstrapping the business, growing it profitably one sale at a time. I’d worked too hard to just give up now.

I pulled my employees together and sat everyone down in a circle and explained the situation. They looked down at the ground, and the room went quiet. After a long pause, one of them started nodding his head up and down and said, “Well—there’s always failure.” The room stayed quiet for a moment and then all of us started to laugh. This employee had pointed out the obvious … failure is always an option, but why in the world would we go with that first? My mind began racing: What if we were to develop our own software program instead of developing and reselling someone else’s? I had the programmers hired and I knew exactly how I’d design it, all the features I’d want to include, and if we developed it from scratch we could develop it for the web. All I’d have to do was raise $2 million, but I had no idea how to raise that kind of money. I stayed up all night that night googling “how to raise money.” The search came back telling me I needed to write a business plan. Yeah … I had no idea what that meant. The closest thing I’d ever done to writing a business plan was drawing a diagram on the back of a napkin for my uncle and my dad when I raised the initial $23,000 seed money I needed to launch my business and become a reseller. From that point forward, I’d grown my company from zero dollars of revenue to several million by making one sale at a time, then hiring the employees I needed to help me deliver on that sale, then making another sale, and so on. I’d never actually written a business plan before. So I googled “how to write a business plan.” The search came back with a little software tool called Business Plan Pro that I could get that would ask me questions about my company and use my answers to write a business plan for me. So I downloaded that software, and by the next day I’d written my very first business plan. Next, I had to figure out what to do with it, so back to Google I went to search for how to find investors I could send my plan to. By that night, I’d sent the plan to just about any investor I could find contact info for. One investor let me know he was coming to Utah for an unrelated trip in a few days and was willing to meet. I was ecstatic right up until the point in our meeting when he asked me how soon I needed the money and I saw his expression when I replied, “By payroll next week.”

Long story short, we got the funding, and we went on to develop our own software, which became the first internet-based practice management system for physicians.

Little did I know back then that there would be even tougher trials ahead that would lead me on a journey that included starting a much larger company, acquiring several other companies to roll into it, and growing it to a $377 million exit. My entrepreneurial journey was just getting started.

We can accomplish just about anything if we are willing to do what it takes to work for it and if we stay determined in our resolve. And when hard times come, as they most assuredly will, we must never allow ourselves to lose hope that the best is yet to come.

(end of excerpt from chapter one)

Hope you enjoyed the starting of my book! I’ll share another excerpt from the book in tomorrow’s blog. In the meantime, if any of you would like to have your own copy of my entire book it is available to order here.