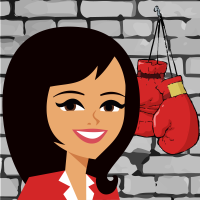 Saturday when we got home from our Hawaii trip we opened a knock at the door to find my mother-in-law and father-in-law who had driven down from Idaho to surprise us with a visit as they wanted to be here for my husband’s birthday tomorrow (Tuesday).  One of our favorite activities when our in-laws come in town is to play board games and card games with them. My father-in-law is especially fun to play games with as he always finds “creative” ways to win…someone observing his creativity may choose to call it “cheating” but at 84 years old he feels he has earned the right to call to express his “creativity” 🙂

My father-in-law’s creativity makes it a little tough to beat him at games but I am always determined to try and beat him anyway…but playing games last night and again tonight I Lost every time….grrr it was frustrating….because let’s face it, no one likes to lose…but sometimes it is in losing that we learn some of life’s greatest lessons.  It’s like this poem says:

I’m not the chap to say that failure’s sweet,
Nor tell a chap to laugh when things go wrong;
I know it hurts to have to take defeat
An’ no one likes to lose before a throng;
It isn’t very pleasant not to win
When you have done the very best you could;
But if you’re down, get up an’ buckle in-
A lickin’ often does a fellow good.

I’ve seen some chaps who never knew their power
Until somebody knocked ’em to the floor;
I’ve known men who discovered in an hour
A courage they had never known before,
I’ve seen ’em rise from failure to the top
By doin’ things they hadn’t understood
Before the day disaster made ’em drop-
A lickin’ often does a fellow good.

Success is not the teacher, wise an’ true,
That gruff old failure is, remember you;
She’s much too apt to make a fool of you,
Which isn’t true of blows that knock you flat.
Hard knocks are painful things an’ hard to bear,
An’ most of us would dodge ’em if we could;
There’s something mighty broadening in care-
A lickin’ often does a fellow good.

We’ve all had failures and we’ve all lost at times we wanted to win…but when we look back at life we can’t deny that it’s the times we took a lickin’ that we learned the very most….

Here’s hoping I’ve learned enough to be able to beat my father-in-law’s “creativity” the next time we play 🙂  .

In closing I just have to tell my sweet husband Rollin “HAPPY BIRTHDAY!!!!”