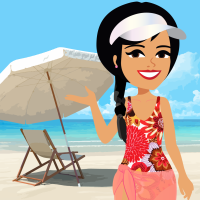 There is little better in life than spending time with the people we love. And this year we were especially lucky because we had an extended Christmas holiday break off from the kids colleges – they had an extra week off this year because of the way the holiday dates fell so they were off through January 8th – so we decided to take advantage of their extra time off and we decide to take the family out to Honolulu Hawaii as their Christmas gift this year. We were able to spend ten days together playing in the beautiful Hawaii sunshine and we just flew back yesterday. It was a fabulous trip and we had a wonderful time…however, returning to 3 degree weather in Utah did NOT make for the most pleasant of homecomings…brrrr!!!

As amazing as it was to get out of the freezing cold weather and onto those balmy beaches of Hawaii, it was mostly just fabulous to have the time to spend quality time together as a family. The occasions to all be together seem to grow a little less and less as your family grows up and the kids move out and get married and eventually have children of their own, so I think you have to take advantage of every free opportunity you get to plan things you can all do together. It doesn’t have to be something as extravagant as a trip to Hawaii (although Hawaii is amazing), it can be something as simple as a potluck dinner or game night or movie night together…you see, it’s not the what or the where – it’s the with who that really matters.

On our trip to Hawaii we were also able to spend time with my younger brother Andy and his wife Katie and their kids who live in Hawaii (he is a Doctor in the United States Air Force and is stationed there). I love traveling when it entails being able to go visit loved ones – it makes the trip that much more exciting and special!

We stayed at the Disney Aulani resort on Oahu because our family loves all things Disney. During the trip we were able to do all kinds of fun things – we played at the beautiful Bellows Beach (my new favorite beach on Oahu because of its white sand and its turquoise blue water) where we went boogie boarding and built sand castles, we went out on a boat to go whale watching and see the humpback whales and we were lucky enough to see an entire school of Dolphins playing in the ocean (one of my favorite activities), we went to the Polynesian Culture Center which is similar to Disney’s Epcot Center except for the Polynesian Islands where you get to learn about each of the islands and their history and cultures (it’s a definite must see on the island), we went to the Dole Plantation were we had a yummy Dole Whip treat, we went to the Spa for some extra special relaxation time, we went to visit Pearl Harbor where we toured the USS Missouri (very sobering but it gives you such respect and gratitude for those who sacrificed for our freedom), and we spent time at my brother’s house on the Airforce base playing games together and eating my sister-in-laws amazing cooking.

We were lucky that everyone was in good health until toward the end of the trip and then one by one everyone started getting sick. I have to say that I feel really sorry for the people on the freeway that were in the car behind us when my son suddenly stuck his head out the car window and began throwing up …that could not have been fun to have to watch happen…(and on a side note – it turns out the President of the U.S. happened to be in Hawaii as well and the reason I know that is because when we left my brother’s house late one night to head back to our hotel we were stopped by military personnel on the street who made us stop and wait for an hour while the President’s motorcade came through and we had to wait for him to board Airforce One which was at the base and take off…it was a very long hour… )

It has been a marvelous time off and a great trip with my family and I am so grateful to have had that experience. Being in Hawaii was obviously a real treat, but the reality is that no matter where I am or what I am doing with my family it is the fact that I am simply with my family that makes me the happiest in life. Like I said before, it’s not the where or what…it’s the who…and they are definitely the most important “who”s in my life 🙂 …

Here are a few fun pics from our trip: 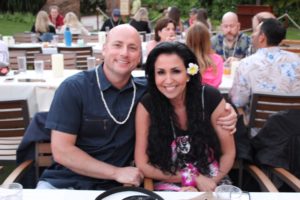 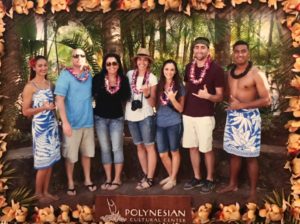 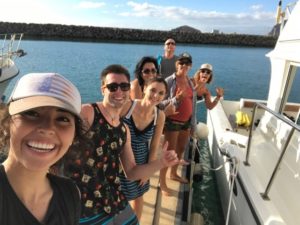 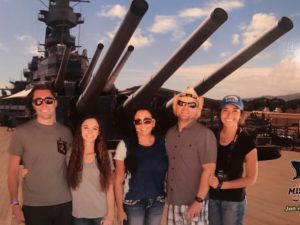 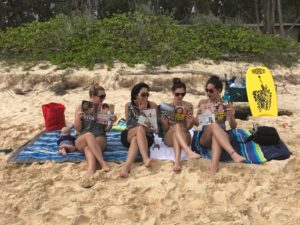 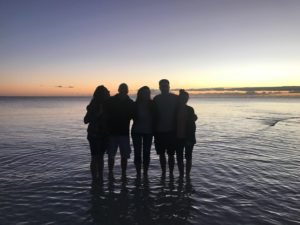 I have to admit it is hard to come back to reality after being off work for the holidays and being out of town for so long…and I am sure there will be a million emails to catch up on and tons of phone calls to return…but I wouldn’t have traded that time with my family for anything. 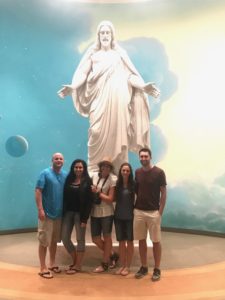 Have a great week ahead everyone!