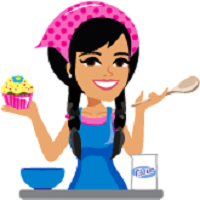 I had the coolest experience last Sunday night and I just couldn’t help but share it. So the story started on the Friday before. My son Dalton called to let me know that he and his wife wanted to come over to our house for Sunday dinner. I, of course, was thrilled because as an empty nester I absolutely love it when my children come home to visit. My son proceeded to make a special request on what he wanted me to cook for him. He asked me to make my chicken enchilada recipe that I had made once for him and his sister when they were young kids – he referred to it as “the recipe we made you cry about”. I immediately knew which recipe he was referring to because it was a recipe that took me an entire day to make and then my two kids refused to eat it (because all they ever wanted was PBJ and Mac and Cheese), which made me cry because I had literally spent an entire day cooking it for them and I had been so excited to give it to them and then they refused to eat it, so I never ever cooked it again after that.

I asked my son why he wanted me to cook it again when he said he hated it before. He then went on to admit to me that when he was little and refused to eat it, that when I told him he had to take at least one bite before he refused it that when he took that one bite he actually had liked it but he had too much pride to tell me especially when he had kicked and screamed about it so much before he tried it. He said it had haunted him all these years for making me cry when he really liked it and he wanted to make it right by admitting to me that he actually thought it tasted awesome that night, and now he was dying for me to make it because he remembered how yummy it was and he really wanted it. That’s why he wanted it for our upcoming Sunday dinner, so I agreed to make it. But I figured if I was going to go to that much trouble to cook such an elaborate dinner that I may as well invite my Mother and Father to join us on Sunday as well. My parents said they would love to come.

While I was spending my entire day Saturday preparing Sunday’s dinner I had a question on the enchilada recipe so I texted my older sister Jen who had given me the recipe for it like 18 years ago. I always thought it was her own receipt but when she answered my text she let me know that it wasn’t actually her recipe, it was my Grandma Rees’ recipe (my father’s mother). “That’s kinda cool” I thought, especially since I had invited my parents for dinner and I thought my Dad would be excited to find out I was making his Mom’s recipe for dinner so I called my Mom and told her to let Dad know.

Sunday came and when everyone arrived and sat down at the dinner table my Dad said he had something he wanted to share. He said that it was incredibly special for him that I was serving his Mother’s recipe for dinner because today just happened to be the day his Mother would have turned 99 if she was still living! It was his Mother’s birthday! My Grandma Rees, whose recipe I had cooked for our Sunday dinner. HOW COOL WAS THAT?!!!

And to think about the crazy little circumstances of my son’s request that led to me making that particular dinner on that particular day and then to have me think to invite my parents over to join us, then to find out it was Grandma’s recipe, and then to have it be Grandma’s 99 birthday….there truly is no such thing as coincidence! Only amazing blessings…tender mercies….little miracles…

I’m so grateful for that entire experience. #blessed #grateful