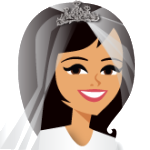 Back when I was single someone shared this quote with me: “Don’t marry a man unless you would be proud to have a son exactly like him.” That really made me rethink the men I was dating in my life. I hadn’t thought of them in that light before. Would I be proud to have my son grow up to be like them? Given that I am about as protective a mama as a person can be, I knew that asking that question was setting the bar incredibly high for a man to reach. And given that I had already been through one bad marriage and divorce I was incredibly skeptical about trusting someone enough to marry them. As I continued dating I found that as I considered that question with most of the men I dated the answer was no and those relationships ended. But then seven years ago that changed. Seven years ago I met Rollin and for the first time I knew that nothing would make me more proud than to have my son grow up to be just like him. I knew that I had finally met the right man for me and the right man to be the father to my children.

It was exactly seven years ago on New Year’s Eve, December 31st that Rollin and I were married.   He is the man who makes me look forward to my tomorrows. He is my sweetheart and my best friend and I feel so blessed that he came into my life. Happy Anniversary Honey!

Anyone that has been married for at least seven years could tell you that marriage isn’t easy, and if someone tells you otherwise I would suggest they would have to be telling a fib. No matter how amazing any two people are, being married is still going to present its challenges. Just the fact that men and women are so different alone is difficult but then you add to that living together, raising children together, going through trials together, and everything else that marriage brings, well the fact is that having a good marriage takes work! It just does. But what makes all the work and the challenges you face worth it is knowing that this person you are married to is the love of your life and that there is no one in this world you would rather fight with, make up with, face challenges with, raise children with, grow old with, be buried next to, and have waiting for you on the other side when your spirit leaves this world and moves on to the next. Knowing that makes every single bit of marriage worth it.

“One of the most amazing things that can happen is finding someone who sees everything you are and won’t let you be anything less.  They see the potential of you. They see endless possibilities. And through their eyes, you start to see yourself the same way. If you’re lucky enough to find this person, never let them go.”

I am so grateful that I was lucky enough to find that person. He is an incredible man, an amazing husband, and an awesome father to my two kids that he adopted and they are now his kids too in every sense of the word.  I had to wait a lot of years as a single mom to finally meet Rollin but to all of you out there who are single and dating I can tell you that it was worth every single second of waiting to finally get such an amazing man, so never, ever settle for someone less!  Everyone deserves Happily Ever After!

Tomorrow is New Years Eve and I hope each of you has the most amazing New Year ever! Tomorrow is a great night to put any past regrets or grievances behind you and to start a brand new chapter of your life. Everything can be new again if you choose to let it so don’t limit your expectations for the New Year!

And in closing I want to say to my sweet husband Rollin – I LOVE YOU!!!  Forever and ever and ever…