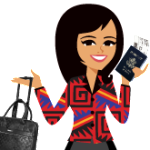 I once heard a story called the Parable of the Cookie.  It’s a simple story with a surprising twist that teaches an incredibly valuable lesson. See for yourself:

A young woman was waiting to catch a flight in the boarding area of the airport. Given that her wait was going to be several hours she decided to buy a book to read along with a packet of cookies to enjoy. She sat down in an armchair in the VIP room of the airport to relax and read her book in peace. Beside the armchair where the packet of cookies lay, a man was seated next to her reading his magazine.  When the woman reached into the packet of cookies to take the first cookie, the man next to her also took one. She was irritated but said nothing. “What nerve this man has!” she thought.  For each cookie she took the man also took a cookie. She was infuriated but didn’t want to cause a scene. “I want to punch this guy” she thought. When only one cookie remained she thought to herself, “what will this horrible man do now?” The man reached down and broke the cookie into even halves and handed one half to her. It was more than she could handle!  She grabbed her things in a huff, refused the half, and stormed off to the boarding area.  When she got onto her seat on the plane she reached into her purse to get her reading glasses and, to her surprise, her packet of cookies was sitting there untouched and unopened.  She felt so ashamed! She realized that she was wrong…she had forgotten that her cookies were still sitting in her purse. The man next to her had shared his cookies with her without feeling bitter and angry, and had even offered her half of his very last cookie!  And here she had been angry that he was taking her cookies and she had been so rude and walked out in a huff.  And now there was no chance for her to go back and explain herself.  There was no chance to apologize. The moral of the story is this:

There Are Four Things You Cannot Recover:

WOW!  What great food for thought…eh?  What a great lesson to learn.  I don’t know that I can say much to add to the valuable message of that parable and especially to that moral of the story.  It is so, so powerful!  So all I will say is this – think about that message and figure out how to incorporate its lesson into your own life.  I know I need to incorporate it into mine, for sure!  LOVE IT!