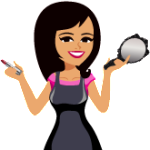 Tonight I am taking my daughter and her friends to a One Direction concert (Don’t judge me 🙂  ).  A year ago when their concert tour was announced, she literally begged me to take her and her friends to the concert.  She made the typical promises of “it’s the last gift you ever have to buy me” and “I never wanted anything more in my WHOLE life”.    I told her that with the concert being a year away I could almost guarantee her that she would no longer be interested in the group by then, but she insisted that would never happen. In fact at the time she was mortified at the very thought of not loving the beloved One Direction band members.  The begging and pleading went on and on.  Long story short, being the sucker that I am, I bought her the tickets and a year later she threw down the “I don’t really listen to them as much” comment…grrrr…”Too bad” I told her.  “You and your friends are going to the concert and you are going to love it!  What I didn’t expect was to have one of her friends not be able to go last minute and be stuck with one extra ticket which meant I was now going with them. Mostly because when I offered the ticket to my husband he literally laughed out loud – which was code for, “not on your life”. So that left me while he gets to hang out comfortably at home (grrr).  I have to admit that I am really quite frightened at my age to be going to a concert with a zillion young girls all screaming at Harry Styles….it just doesn’t sound fun to me for some odd reason???  In fact, truth be told, it sounds all together frightening!

That being said, I will admit that when One Direction’s first hit it big hit song, “That’s What Makes you Beautiful” came out, I really liked the lyrics and message of the song for our young girls out there.  So many of our young girls today struggle with self-esteem issues about their looks. They think they are too short, or too tall, or too fat, or too thin, or their nose is too big, or their nose is too small…it’s a never ending list of insecurities which can affect these girls for years to come if they don’t come to realize that they are actually beautiful and their bodies and faces are gorgeous exactly as they are.  And if they could see themselves the way the rest of us see them they would know just how beautiful they actually are.  So when I heard these lyrics:

You’re insecure,
Don’t know what for,
You’re turning heads when you walk through the door,
Don’t need make-up,
To cover up,
Being the way that you are is enough,

I was pleased to have that message put out there too our young women.  That is not me endorsing One Direction or its band members as I don’t know anything about any of them and I can’t speak to their character or integrity or anything like that.  I literally know nothing about any of them.  All I know is that I love the message of that one song and so tonight as I am sitting amongst a stadium of 60,000 screaming young ladies, there will be one “not so young” lady singing along to the words of that particular songs at the top of her lungs, hoping every one of those 60,000 young ladies in the audience take those lyrics to heart.

For all of you with young daughters, sisters, girlfriends, wives, etc, make sure you let them know how beautiful they are.  Don’t assume they already know it, because chances are they don’t, so take the time to let them know and they will forever be grateful for it.

Have a great day everyone and wish me luck tonight…yikes!