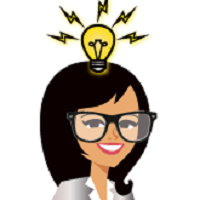 As you know, Monday of this week was a holiday and as the holiday was coming to an end I sat down, as I do every night for five nights each week, to write my blog. I always try to write my blogs the same day they will post because I like them to be a reflection of something that I learned that day, or something that touched my life in some way that day. But when I finished the normal blog I had the distinct impression I should go ahead and write my blog for the next night as well and get it set to post the next day. I thought it was such a weird thought because number one I was already done with what I had to do for the night and ready to have fun with my family and two I would have plenty of time to write my blog the next day as usual. But as quickly as I had rationalized why I didn’t need to write a second blog for the next day I had that same distinct impression that I needed to write it and get it ready to post that night. I thought it was really odd, but I decided I would go ahead and follow that impression and do it, so I did. I wrote the next night’s blog a day early and got it set to share for the appropriate time the next day.

The next morning came and I could tell something was wrong in my abdomen. I was having pains that got worse and worse as I tried to go about my day on Tuesday. By early afternoon I knew I needed to get home and I quickly found myself doubled over back in my bed in significant pain. Long story short I ended up having to go to the instacare who immediately sent me to the emergency room where my fever had spiked to 104 degrees. Needless to say, the remainder of my night was spent at the hospital having tests run. That’s when it hit me – Had I not written my blog the night before and had it set to automatically post there would have been absolutely no way it would ever have gotten written that night and it would have been the very first time in six years of writing my blogs five nights a week without missing a night that I would have actually missed a night.

I can’t begin to tell you how much it meant to me that I was given the impression to write my blog the night before. Obviously I had no clue that I was going to be super sick the next day because I felt amazing on Monday without any sign of problems. Perhaps that’s why I tried to dismiss the impression when it first came to me as it seemed so silly and pointless to listen to. But I am so incredibly grateful that it came a second time and that I did listen to it. I realize that it may not seem like a big deal to anyone else but I have been 100 percent faithful in writing each day and it would have really been heartbreaking for me to miss a day after never missing for so long. So I am really grateful for that prompting.