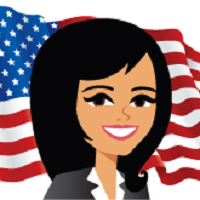 The Declaration of Independence was approved by our Founding Fathers on July 4, 1776.  Today I was contemplating this amazing occurrence and I decided to read from some history books to gain a greater appreciation of the events that took place and the people involved.  Reading of the tremendous faith that these Founding Fathers had in God and their acknowledgement of God’s hand in forming this great country was truly inspiring.  They had an understanding that God was their creator, that He endowed every person with the gift of agency, and that in God’s eyes all men are equal, as is evidenced in the opening line:

“We hold these truths to be self-evident: that all men are created equal; that they are endowed by their Creator with certain inalienable rights; that among these are life, liberty, and the pursuit of happiness.”

One thing that really touched me as I read through Thomas Jefferson’s original draft of the Declaration of Independence was that the opening line of the declaration originally read:

“We hold these truths to be sacred & undeniable,…”

I personally find the words “sacred and undeniable” to be far more fitting of how I feel about the Declaration of Independence. I am so grateful to be a citizen of the United States of America, as it stands as one nation, under God.

I worry at times that as a nation we too often forget that it is God’s hand that helped form this nation and that it is God we rely on to help preserve it. As Abraham Lincoln stated in A Proclamation by the President of the United States of America in March of 1863:

“We have been the recipients of the choicest bounties of Heaven; we have been preserved these many years in peace and prosperity. We have grown in numbers, wealth, and power, as no other nation has ever grown. But we have forgotten God. We have forgotten the gracious hand which preserved us in peace and multiplied and enriched and strengthened us, and we have vainly imagined, in the deceitfulness of our hearts, that all these blessings were produced by some superior wisdom and virtue of our own. Intoxicated with unbroken success, we have become too self-sufficient to feel the necessity of redeeming and preserving grace, too proud to pray to the God that made us.” “It behooves us, then, to humble ourselves before the Offended Power, to confess our national sins, and to pray for clemency and forgiveness.”

We should never take our freedom for granted. We should never forget to be humble and pray to God for continued protection of this land and all those who serve to protect it.

One of the most touching things I learned as I was reading today was that Thomas Jefferson and John Adams both died on July 4, 1826, which happened to be the 50th anniversary of signing the Declaration of Independence. It was recorded that John Adams was awoken the morning of his passing and asked if he knew what day it was, to which he replied, “Oh, yes, it is the glorious fourth of July. God bless it. God bless you all.”  That same day, right before Thomas Jefferson passed away he is reported to have said, “I have done for my country and all mankind all I could do, and now I resign my soul to God…“  Even with their dying breaths these two great men were still acknowledging God and his hand in blessing this great country.

As Katherine Lee Bates beautifully wrote in these lyrics:

Who more than self their country loved,

And mercy more than life!”

God shed his grace on thee.

And crown thy good with brotherhood

From sea to shining sea.”