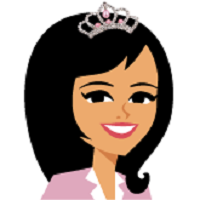 My Grandmother Pearson, who has passed from this life, was the most deserving of a reprieve from life’s difficulties of any person I have ever known. She suffered the loss of five of her children, she had a husband who was hit by a drunk driver breaking most of the bones in his body which took years to recover from, she went without life’s financial luxuries, she had cancer multiple times, she had so many major surgeries for health problems that everyone literally lost count, she watched as her sweet husband slowly slipped away from her with Alzheimer’s, and those are only a few of the many trials she endured in her lifetime. Yet I cannot recall a single time that I ever heard my Grandmother complain or act angry at God in any way. In fact, it was the exact opposite. She trusted God implicitly. The best way to explain what she clearly understood is to share something C.S. Lewis wrote in speaking of God’s plan for each of us:

“Of course we never wanted, and never asked, to be made into the sort of creatures He is going to make us into. But the question is not what we intended ourselves to be, but what He intended us to be when He made us. He is the inventor, we are only the machine. He is the painter, we are only the picture. How should we know what He means us to be like?…We may be content to remain what we call “ordinary people”: but He is determined to carry out a quite different plan. To shrink back from that plan is not humility; it is laziness and cowardice. To submit to it is not conceit or megalomania; it is obedience.

Here is another way of putting the two sides of the truth. On the one hand we must never imagine that our own unaided efforts can be relied on to carry us even through the next twenty-four hours as “decent” people. If He does not support us, not one of us is safe from some gross sin. On the other hand, no possible degree of holiness or heroism which has ever been recorded of the greatest saints is beyond what He is determined to produce in every one of us in the end. The job will not be completed in this life: but He means to get us as far as possible before death.

That is why we must not be surprised if we are in for a rough time. When a man turns to Christ and seems to be getting on pretty well (in the sense that some of his bad habits are now corrected), he often feels that it would now be natural if things went fairly smoothly. When troubles come along—illnesses, money troubles, new kinds of temptation—he is disappointed. These things, he feels, might have been necessary to rouse him and make him repent in his bad old days; but why now? Because God is forcing him on, or up, to a higher level: putting him into situations where he will have to be very much braver, or more patient, or more loving, than he ever dreamed of being before. It seems to us all unnecessary: but that is because we have not yet had the slightest notion of the tremendous thing He means to make of us…”

My Grandmother Pearson understood that God was allowing her to go through the trials she did in order to make her into something so tremendous it would be impossible to fathom – but I believe God’s reasons went far beyond just making her tremendous (because the woman was already as close to being perfect as a person could be) – I believe that God knew that her strength to endure such impossible trials so well would set a tremendous example, not only for her own posterity, but for everyone who ever came in contact with her. She was a conduit for God to lift the lives of all who knew her to much higher levels because of the great example she’d set of enduring her trials well to the very end.

When you feel like you’ve taken all you can take and you feel you’ve endured as much as you can endure, take comfort in knowing that God is making you into something truly tremendous…and know that you’re ability to endure it well is going to be an example that will lift the lives of countless others along with you, including your own posterity for generations to come.