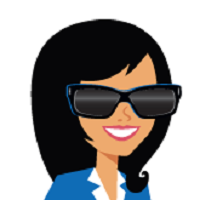 You know it’s bad when the bags under your eyes have their own bags, and it’s especially bad when those bags of the bags are so big they need their own “heavy” tags attached to them…

No question that the lack of sleep over these last few months has really taken its toll on me. It’s amazing how you can really push yourself to go nonstop for quite a while so long as you don’t allow yourself to slow down at all during that period of time – but then the very second you finally do slow down your body is like “HA HA HA – It’s time for me to enact a little PAYBACK!!!”

I’m so ridiculously tired today that it feels like I’ve been hit by a Mack Truck.  I can barely keep my eyes open. I’m tired to the point I’m actually regretting that I even let myself have a decent night’s sleep for the first time in months last night, because maybe if I’d just kept going the million miles an hour without sleep that I have been then this tired wouldn’t have been able to catch up to me!   Plus let’s face it – no one ever remembers the nights they got plenty of sleep, but we all remember the cool things we accomplished while we were awake!  As my daughter Ashley always says, “We can sleep when we’re dead.”

“I need sleep. I love sleep. We all do, of course. There are those people that don’t need sleep. I think they’re called ‘successful’.” – Jim Gaffigan (comedian)

All that being said…I’m gonna go take a nap! 😉