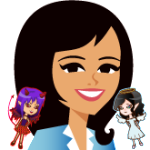 We make hundreds if not thousands of little tiny decisions every single day: whether to hit the snooze button, what to eat for breakfast, what to wear, what emails or calls to answer…and the list goes on and on, and usually we can make most of these decisions without having to put much thought into them.  But then we have decisions like what items to buy, what job to take, what employee to hire, what paint color to use…and these decisions usually do take some thought going into them.

Lately I have had TONS of these thought requiring decisions to make as we are now in the stage of picking out tile and carpet, and furniture and paint colors for our new house.  And for months I have been researching couches and fabrics and every hue of paint out there…to the point I have been making myself crazy with all the options to look at.   And as I have found more and more options I have found myself more and more hesitant to actually make a decision because I have that voice in my head saying “But what if there is an option you haven’t seen yet that is still out there waiting for you to find it?”  And so I have been scared to commit to anything in fear something better would be found in the future.

I started to realize that my problem was a mental block.  It wasn’t a problem of not having good options to choose from – it was the fear that I would make a choice that I would regret later.  I started to remind myself of that girl or boy that can never commit to their current dating relationship because they are living in constant fear that someone better is about to come into their life so they aren’t willing to make a permanent commitment to the person they are with…often times risking losing that person because they are too dumb to appreciate that what they have in front of them is amazing!  Yeah…that has been me with all my choices lately…but no more!

I found an article called the Happiness Project in which the following was described:

“Satisficers are those who make a decision or take action once their criteria are met. That doesn’t mean they’ll settle for mediocrity; their criteria can be very high; but as soon as they find the car, the hotel, or the pasta sauce that has the qualities they want, they’re satisfied.  Maximizers want to make the optimal decision. So even if they see a bicycle or a photographer that would seem to meet their requirements, they can’t make a decision until after they’ve examined every option, so they know they’re making the best possible choice…

In a fascinating book, The Paradox of Choice, Barry Schwartz argues that satisficers tend to be happier than maximizers. Maximizers must spend a lot more time and energy to reach a decision, and they’re often anxious about whether they are, in fact, making the best choice.”

Oh my goodness – I am being a Maximizer rather than a Satisficer!  No wonder I am not feeling as happy!  I need to be more of Satisficer!  I want to feel HAPPY!  So the last few days I have gone back and started making final choices and committing to them.  I have picked out couches and fabrics and the list goes on and on…and guess what?!  No regrets!  No feeling like I made a bad choice… the choices I am making fit my criteria and I am choosing to be satisfied with them!  And Barry Schwartz is right – I am HAPPIER!!!  YAY ME!

So for all of you out there who are caught in the trap of being a Maximizer… STOP IT!  Become a Satisficer!  It is a much, much happier way to live!  Trust me…I learned that lesson the hard way :)….so hopefully you won’t have to!
~Amy