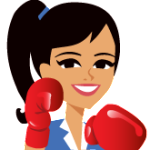 Several weeks ago I was sitting with a group of male friends who are all married and we were discussing their frustration with not being able to understand women very well.  One of the men had been in a disagreement with his wife and he was explaining to me why his wife’s side of the argument was irrational.  As I listened to him explain the situation I was able to quickly figure out his problem.

His problem was this:  There was the fight he thought he was having, and the fight he was actually having.    And as I explained this phenomenon to him I realized that there are a lot of other men out there who would benefit greatly from understanding what that means.  So I decided to share it with all of you.

Anyone who has read Dr. Laura’s book, The Proper Care and Feeding of a Husband, knows that she explains that men have three basic needs from their wife in order to be kept happy:  feed them, don’t criticize them, and have sex with them. Simple enough, right?

Well, I would argue that women are not nearly as complex as men think we are.  Similar to Dr. Laura boiling it down to three basic needs, I believe that most women also have three basic needs from their husbands in order to be kept happy:  love them, appreciate them, and make them feel safe.  And before you men say “yeah, right”, keep reading and I will prove it to you.

The problem with men is that when a fight occurs the man instantly looks at the simple facts of the situation and tries to figure out why the woman is mad, rather than the man trying to figure out which of her three needs he isn’t meeting.  Let me share some examples to illustrate what I mean:

The husband comes home from work and changes clothes, leaving his pants in a pile on the floor of the bedroom.  The wife sees the pants and gets upset.  The man thinks “Why is she so upset about a simple pair of pants on the floor?”  That is the husbands first mistake – he should have asked himself “Which of the 3 needs did I not meet?”  If he asked himself that question he would realize that leaving his pants on the floor showed a complete lack of appreciation for his wife who had been working hard to keep the house clean only to have him throw his pants on the floor.  His wife isn’t angry about the pants, she is angry about feeling unappreciated (need #2 on the list of 3).

The husband is driving the wife to an event and he is driving over the speed limit and tailgating other drivers.  The wife gets angry.  The husband thinks “I am trying to get her to the event on time so why the heck is she angry with me for driving fast?”  When he should be realizing that she is upset about need #3 – she doesn’t feel safe.

A husband forgets his anniversary.  The wife is angry.  But it’s not the fact he forgot the anniversary that she is upset about – she is upset that he let her down on need #1 – she doesn’t feel loved.

I could go on and on with examples that help illustrate the point, but what would be more effective is for the men reading this to think of the last fight they had with their wife. Now stop and ask yourself, which of the 3 needs did I let her down on that caused the fight?  Hopefully looking at it from that angle will help you recognize where you really went wrong.

Have a great day everyone!  And to the men:  Love her, appreciate her, and make her feel safe!!!