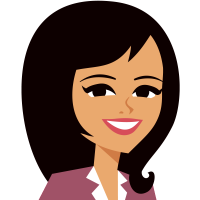 Mistakes are going to happen in every organization because people aren’t perfect and making mistakes is often how people learn and grow. Some mistakes are small and insignificant, and others turn out to be far more serious, even bringing unpleasant consequences. What matters most when a mistake occurs is to own the fact that it happened, fix it to the best of your ability, and then put safeguards in place to make sure that same mistake never occurs again. Then move forward wiser and better than before.

But when people in an organization don’t handle mistakes that way, they risk far more than the cost of their mistake – they risk losing their good name.

“We can afford to lose money, even a lot of money.”

“We can’t afford to lose reputation—not even a shred of it.”

When it is discovered that mistakes have happened in any organization one can learn a tremendous amount about the character of the people within it by observing how they handle the discovery.  Let’s look at some different ways people in an organization might react to a mistake being made:

-Some get defensive and begin outwardly disputing that any mistake was ever made to begin with.

-Some people go into immediate “C.Y.A.” mode where they begin looking for who else they might blame for the mistake that happened.

-Some try to spin an interpretation of the rules in an attempt to portray that a mistake wasn’t really made at all.

-Some will use questionable means to try and cover up the mistake in order to save face for themselves or others they may feel loyal to.

-Some will resort to dissemblance, which is to hide or conceal something like the mistake, because they feel it will give them a better outcome than admitting to it. This is especially easy for them to do if the other party is asking the wrong questions as they investigate the mistake. They ignore the fact that truth is not just in the words they say, it’s also in the messages they convey.

-Some will rationalize covering up a mistake when they feel it was made without mal-intent, and rather they believe it was made with the best of intentions, therefore they avoid having any accountability assigned.

“When we judge ourselves by our intentions,

we rationalize our shortcomings

and give ourselves more credit than we deserve.”

It is so easy for people to respond to mistakes in any of those above ways and then to justify it to themselves by believing they are doing it for some “greater good”. They convince themselves that the end will justify the means, but they fail to see that if that were indeed the truth it would indicate a serious flaw must exist in the means itself.

“There is no substitute for personal integrity. It includes honor.

It includes doing what is right regardless of the circumstances.”

Thankfully there are those people who have come to value their integrity as their most precious asset and they have also come to recognize that it is their most valuable…far more valuable than any price they may pay for admitting when mistakes have been made. These individuals have come to understand that in order to be a person of moral courage they must be willing to make their actions consistent with their knowledge of right and wrong, even when it is scary to do so, and even if it means standing alone.

“May we ever choose the harder right, instead of the easier wrong.”

Without question, standing for what’s right may prove to be one of the hardest things in the world to do, but there is no question that it will always be worth doing…whatever the outcome.