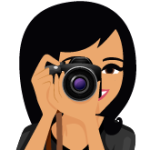 “A single misunderstanding is so poisonous, that it makes us forget the hundred lovable moments spent together within a minute.”

Years ago I had a best friend who taught me a great life lesson. Whenever there was a situation where hurt feelings occurred and I got angry with someone he would stop me and point out to me that I shouldn’t base my feelings about that person on that single moment, but rather I should base my feelings toward that person on the entirety of moments I had known them to that point. That way I wouldn’t ever lose an important relationship over a stupid misunderstanding or an unintentionally caused hurt feeling. The funny part is that if I remember right, he actually told that to me when he and I had a misunderstanding between the two of us and I had asked if he was mad at me for it. He said he wasn’t because he knew my heart and when he looked at who I was over the span of moments we had together he knew how much I cared. I was blown away by that. I realized then that what he was saying was 100% true. People we love are going to do things sometimes that unintentionally hurt us and likewise we will do the same to them because we are all only human and prone to make mistakes. And there are going to be times when two people who care about each other misunderstand each other and feelings are hurt. But the way to tell if someone truly cares about you is to look at the span of time you have been in each other’s lives and look at the way that person has treated you over the course of that time rather than focusing in on one bad moment.  And pray that person will extend the same courtesy to you when you unintentionally hurt them or when you have a misunderstanding between you.

When we have a friendship/relationship that genuinely matters to us we have to focus on the hundred lovable moments rather than the single misunderstanding. Store those lovable moments like photos in your mind that you can go look at any time you need to be reminded. Along with focusing on the lovable moments we have to learn not to rush to judgment on each other and we have to commit to giving one another the benefit of the doubt.  Most important we have to believe in the good in the other person and have faith in them. We have to believe that they mean the best and that they love and care about us, even if they do something to make us feel bad once in a while. So long as the lovable moments far outweigh the bad we should assume they are the people we hope they will be and treat them as such.

Great friendships are something you never want to let get poisoned. Treasure them. And never forget the hundred lovable moments you’ve had with each other.