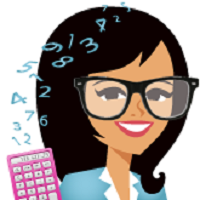 “Have you ever noticed that when you put together THE and IRS it spells THEIRS?”….ironic eh?

There are very few weeks I dread more than the week before tax returns are due. Trying to pull together all your information from the prior year to figure out all your income and deductions when you can barely remember what you did last week has got to be one of the most miserable things in the world to spend time doing.

Now I realize that if I would simply stay on top of it all year long that it would be so easy come tax time…but who in the world wants to worry about it every day of their lives when they can simply procrastinate and do it all in one miserable week’s time? 🙂

See here is my problem. When I am spending that entire week pulling all my records together for my accountant I sit and curse myself for not having done it along the way. And I literally tell myself, “I will never make this mistake again. I will be organized from now on.” And I mean it in the most sincere way when I say it. But by the end of the tax prep week I am SO SICK of organizing my records and I am SO EXCITED when I finally get done that I don’t want to look at any numbers for at least a few weeks….and then a few weeks go by…and then a few more…and then it’s just like when a woman goes through horrible labor pains to give birth to a baby and she swears she will never do it again but then a few months later she has forgotten how bad it was and wants to have another one…yeah…that is pretty much me a few weeks later on the subject on organizing my tax stuff…I end up saying to myself, “Cramming it all into one week really wasn’t that bad…it certainly is better than spending all the time to do it along the way for the entire year…plus this current year is half over now so I’m already going to have to pull the first half of the year records anyway…so I will do it all at once again this current tax year AND THEN AFTER THAT I will be organized and do it along the way.”

It’s really sad but that is honestly the exact thought process I have gone through every year…year after year…and clearly since I have been swimming in tax stuff for a week I am exactly where I have always been…but after I turn this in to my accountant I am going to be organized from here forward…well, except this year is already half way through so maybe I should just wait until the next year and start then…..tee hee….sniff sniff…

“Death and taxes may be certain, but we don’t have to die every year.”

Seriously, its times like these when we should all go to Baskin-Robbins and get ourselves a double scoop of Daiquiri Ice Ice-cream in waffle cone so we can drown our sorrows away in its alcohol free rum flavoring. And the best part is no designated drivers required 🙂