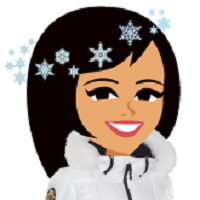 Justification is a slippery slope that will drag you downhill fast if you allow yourself to engage in it. Just think about it, the entire purpose of justification is to try and make some that is just plain wrong appear to actually be right. It’s an attitude that the ends justifies the means – but it doesn’t. Because wrong is wrong. Period. Full stop.

Slipping into justification is something you actually have to be vigilant to guard against because it is all too tempting and easy to let yourself go there if you don’t stay on lookout when opportunities arise. A few indicators you or someone else is getting sucked in would be thoughts or statements like:

“Other people are doing it …”

“Yeah but did you see what they did? It was way worse…”

In their minds they have fooled themselves into believing:  “My intent was to do something good therefore it justified me doing something bad to get there.”  And once they have convinced themselves of that statement they have already started sliding rapidly down the hill….

It’s so important to remember that being a person of high moral character is about the means we employ, NOT the ends we hope to achieve.  If we focus on our own behavior, our own words, our own actions only – and we don’t allow ourselves to use anyone or anything else as an excuse or justification for those behaviors, words, and actions, then we should be able to keep ourselves from getting sucked down that hill to a place that no one should ever feel proud to be.  We can keep ourselves on higher ground and without question the view will always be much better from up there 🙂

Have an awesome day everyone!