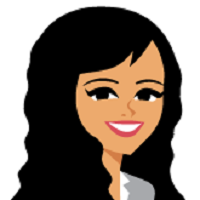 Today I was honored to introduce one of my personal heroes, Alan Hall, for a speech he gave at Utah Valley University’s Executive Lecture Series. Alan Hall is someone I have had the honor of knowing for many years and he has been a significant influence in my life and is an incredible example to me.

Alan is a great entrepreneur who built and sold an international company along with numerous other successful ventures over the years. He has generated incredible personal wealth over his lifetime, but that isn’t what makes him amazing in my view. What makes him amazing is that he is incredibly grounded and sincerely humble. He is generous beyond belief, always looking to help others in need with his time and talents and money. He is very spiritual and he is unafraid to talk openly about his belief in God and his gratitude to God for all that he has been blessed with. He also talks openly about the responsibility of stewardship he feels over the money he has made.

Alan shared so many great things in his talk today and I wish everyone could have been with me to hear it. I know that it will be posted to youtube, hopefully soon, and I would strongly encourage you to watch it when it is.

Some of the points that stood out most today were:

His focus on putting first things first – knowing his priorities in life and then living in line with those.

His willingness to say “no” to things that aren’t in line with his goals and priorities in life.

His courage to speak openly about his belief in God and God’s hand in our lives.

His focus on making money for the purpose of giving it away and then actually doing so once he earned it, along with how he learned that the more he gave the money away the more that God helped him have more of it to also give that away.

Now here is a man who could have chosen to give a talk about all of his many business successes, yet instead he chose to speak to these students about the importance of values, family, and faith..because those are the things that are of the greatest import to him.

Alan has lived an amazing life thus far and at the age of 72 he is still going full steam ahead with the energy that any 20 year old would be jealous of. And what a powerful message he shared with those students today. Yes, Alan Hall is a truly great man.He is one of my heroes in life. And although his wife Jeanne wasn’t able to be there today she is one of my heroes as well because she is Alan’s other half and without her strength of character and without their partnership, Alan wouldn’t be the man that he is. They are both amazing and I am grateful to have them in my life and as my dear friends.

Have a great day everyone and thank you so much for all the kind birthday wishes today!