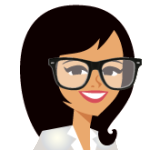 “Before you “assume”, try this crazy method called asking.”

So why don’t we just ASK more?  Why don’t we just stop ourselves from passing judgment until AFTER we have simply asked the person to tell us themselves?  I have wondered about that a lot.  I think some of the reasons we don’t just ask might be PRIDE, or EMBARASSMENT, or SHAME, or FEAR, or OUR OWN NEGATIVE ATTITUDE.  At least when I think about the times I didn’t just ask someone directly those are probably the reasons that might have stopped me in the past…sad, but probably true.  I can’t think of a positive reason why I would ask someone, only stupid selfish reasons and none of them are reasons I would feel proud to have.  So what does that say?  It says we should ALWAYS ASK BEFORE WE ASSUME.

So that is today’s challenge for all of us – Before we assume, try the crazy method called asking….and see how much happier your life becomes as a result.

Have an incredible day!
~Amy