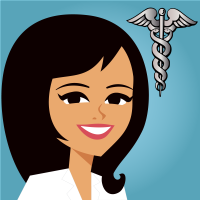 Saturday morning I awoke to a phone call alerting me that my son Dalton and his pregnant wife Alexis had been in a car accident on the freeway. Getting that phone call was one of the most terrifying moments of my life. I rushed to the Hospital Emergency Room where I spent the rest of the day with the two kids as they were examined and tested to make sure both they, and their unborn baby, were okay.

I want to share the post my son Dalton wrote on Facebook that night of the accident after he and his wife were able to return home from the hospital:

“I rarely post to Facebook, but today it felt relevant to share a strong belief I hold. Today Lex and I were in a pretty bad car accident. We were driving home from SLC in the rainstorm and our car hydroplaned coming around a turn on the freeway. I know not to slam the breaks when this happens, and I didn’t today, but after trying to regain control of the car, the back slid around and we were headed straight towards the median. The world slowed down and I had time to look at Lex who recognized, as I did, there was nothing we could do. We were going to crash and we were going to hit hard. It was a terrifying and helpless moment, but we were both relatively calm. We made impact with the front driver’s side, and from there the car peeled parallel to the wall, smashing the left side deploying the airbags. I couldn’t see for a moment, a smell like gunpowder filled my nostrils, and all I could think was that I had to keep us out of the freeway and avoid other cars. I don’t know how, but the car came to a stop “safely” off to the side of the freeway. After sitting there realizing I was alright, and wondering how the car was in one piece, I looked at my wife, who had just done the same assessment and asked to see if I was alright. I was more concerned with her health and our baby’s. The rest was a blur as we got the car off the road. My angelic father took care of that as my angel mother got Lex and I to the ER to make sure we all were okay. Thankfully all is well with my family, but I learned a lesson I’ll never forget. I wasn’t driving crazy, I wasn’t driving dangerously, and I wasn’t driving in a way that other drivers would say “of course you crashed”. I simply hit a patch of water and fate took over. I learned that as much as we think we control our lives, we don’t necessarily get to choose when we leave this life. I could’ve lost my wife or baby in a split second. That’s why I share this, I know without a doubt we were protected today. I know there’s a God in heaven who was aware of my family, and He sent some angels to make sure that although we wouldn’t avoid the crash, none of us would be taken. I give thanks to my Father in Heaven that I get to sleep by my wife tonight and my unborn baby. I’m thankful I get to kneel on my knees and utter another prayer. I’m thankful I’m married to the most perfect woman in the world, who never once blamed me for wrecking her beloved car. She was even making jokes before we had left the site of the crash. I’m thankful I get to experience all the ups and downs of life with her, and that we can smile through the tears, bumps, and bruises. Life is good, and God is as great as He is real and present. Sorry for the long post, but I’m just grateful I get to post at all!”

I am grateful for the knowledge that good things can happen at any moment.  Have a beautiful day!