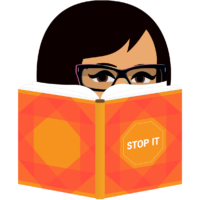 (Guest blog written by Dalton Anderson) I watched “The Lego Movie 2: The Second Part” recently and I highly recommend that movie. If you enjoyed the first movie, I think you’ll thoroughly enjoy the second. It was—AWESOME! And speaking of the first Lego Movie, it gave me an idea for a blog and since my Mom could use a night off, here goes:

I’ve always loved Legos. I can’t remember a time in my life when I wasn’t playing with them. Even in my “adult” years (I’m sure my wife and mom still don’t consider me an adult, which is fine because the next step after adult is death. I’m in no rush) I still ask for Legos every Christmas. Legos are the perfect toy to increase creativity, and that’s the case the first Lego Movie makes. In the first movie, Lord Business—the antagonist—seeks to bring order and remove all creativity from his world. His character is defined by sticking to the manual, and he uses the nefarious “Kragle” (Krazy Glue) to make sure everything stays where it belongs. If you’ve seen the movie then you know how it ends, and if not, download it and watch it. Seriously one of the funniest movies ever.

As I’ve gotten older, I’ve found myself becoming more like Lord Business. I like following the rules and sticking to a set order, and I’ve noticed that it’s really killed my creativity over the years. It’s been said that creativity is a gift that you’re either born with or you’re not, and I completely disagree with that sentiment. Creativity is a skill, and you have to work hard to be creative. For some it comes naturally, but I believe that everyone has to practice and develop the skill if they want to keep it. When I was younger, my friends and I would spend hours building with Legos. We had a massive tub, and we’d stop building when we had either created something truly amazing, or there were no more Legos in the tub. Looking back, I’m still impressed with what my friends and I came up with. What was more impressive was the explanation that inevitably followed. We’d each take turns explaining the various functions of our designs, and the explanations ranged from obvious to revolutionary. If a Lego piece didn’t fit the “typical” function, we’d just come up with one that we liked better.

I’ve lost a lot of that creativity along the path to maturity. I think a lot of us lose that along the way. Is that a problem? I say yes.

As a teenager, it was my responsibility to get the trash in the outside bin, and take the bin to the curb every Monday. The annoyance was that we had an extremely tall garage, which involved walking up and down a flight of stairs to get to the bin. One day it occurred to me that I could just drop the trash over the garage balcony into the bin, saving my teenage self from burning unnecessary calories. I left the lid to the bin open and let gravity do my hard work. That lasted less than a day before my mom said “absolutely not” and made me scrap my brilliance because the smell from the trash was repugnant. Foiled by my mother’s blood-hound nose, I went back to the drawing board.

It occurred to me that we had a light bulb changing pole that was never used, and it was long enough to reach the trash lid and rest on the balcony. Using some recycled plastic bindings, I tied the pole to the top of the bin which allowed me to stand at the top of the balcony, pull the lid open, and drop the trash in. BOOM! Ultimate laziness achieved. It obviously didn’t win any prizes, but it was certainly a creative fix to a minor problem. I never could’ve come up with that though if I wasn’t willing to see the light bulb changing pole as useful for something other than just changing light bulbs.

It’s a simple and dumb example, but if we get stuck looking at the world the way someone else intended us to, we’ll miss out on opportunities to be creative and find solutions to our own problems. Don’t get “Kragled” into living life by a set of blueprints. Make your own manual and be willing to make mistakes along the way. And never grow up—it’s just a death sentence.

~Dalton Anderson (Son of Amy Rees Anderson. Go buy my mom’s new book “What AWESOME Looks Like: How To Excel In Business & Life” – it’s – AWESOME too)