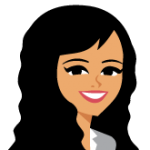 I was down sick again today, but I wanted to share a story with you that I came across a few years ago that touched my life in a major way.  I shared the story years ago in a company blog, but I am reposting it again today for all of you to read as well because it is such an impactful story.  Here it is:

Today I want to tell you about Alex`s Lemonade Stand.  And trust me when I tell you that this story is one of the most inspiring life stories I have heard.  It`s a story about Alex.  Alex is a little girl, who was diagnosed with cancer just before her first birthday.  At the age of four she told her parents that she wanted to start a lemonade stand to make money to give her doctors to help them discover a cure for cancer.

The first day she opened her lemonade stand, Alex and her brother Patrick raised $2,000 in a single day.   People were lined up down the block waiting to buy her lemonade to help support this darling little girl to raise money to help cure cancer.   That was back in the year 2000.  News spread quickly about this little girl and her lemonade stand and it inspired people everywhere to start their own lemonade stands (over 20,000 stands!) to donate money to her cause.    Alex passed away in 2004 at the age of 8.   At the time she passed away she had raised over $1 million dollars for her cause of pediatric cancer research.   Since that time her foundation has gone on to raise over 60 million dollars and has funded over 300 cutting edge cancer research projects and created a travel program to help support families of children receiving cancer treatments.   She is truly a literal example of taking life’s lemons and making lemonade, not lemonade for herself, but lemonade to share with others.   What a true inspiration. 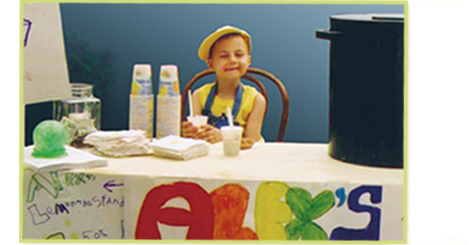 WOW!  That story is so humbling.   Here is a little girl that had cancer from almost birth and with the short time she had on this earth she spent all of her time with her lemonade stand, raising money to help other children with cancer have the chance at a cure.   She started a cause that spread across the country inspiring everyone to also turn their attention to helping others.   She could have looked at her life and said “poor me” or “life isn’t fair”, but she didn’t do that.   Instead she took the time she had and she made it matter by helping others.   Her idea started small, and she clearly had no idea how big it would grow, but she started it anyway.  She made a difference in this world that has gone on to touch the lives of thousands of others with the cures that are coming from the cancer research money she raised.   All from a four year old girl for the last four years of her life that she has to give.  If you want to watch a short video of Alex you will find one at:  http://www.alexslemonade.org/about/meet-alex

Again, WOW!   An entire life spent helping others and creating a legacy that would go on well beyond herself for generations to come, changing lives and making the world a better place.    All of us should have the goal to have a life so well spent as little Alex did.   Her life shows that one person can make a difference with a little determination and hope.

Today’s challenge is to take whatever lemons come into your life and make lemonade to benefit others.