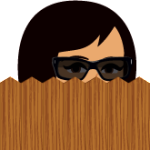 “That awkward moment when you’ve already said “What?” three times and still have no idea what the person said, so you just agree.”

That quote perfectly describes the woes of a person suffering from A.D.D., like me, whose meds have worn off at the end of the night… #thestruggleisreal

Last night I had the most embarrassing A.D.D. moment ever (hey, I’m not quite old enough to blame it on a senior moment so I’m blaming it on an A.D.D. moment instead…). It was really late at night and I had to run a quick errand, but I didn’t want to be seen in public because I looked horrible and I had no makeup on and my hair was an absolute disaster (if you happened to read my blog yesterday then you understand how my day had gone). So I came up with the brilliant idea that I would drive to the store, then once I got there and parked my car I would put on my sunglasses to hide my face and walk into the store to quickly get what I needed and get out.

So I drove to the store in the dark of night, parked the car, put on my sunglasses, rushed into the store and back out as quickly as possible and started to drive back home. It was so incredibly dark out as I drove home that I began to fiddle with my car lights to figure out why they weren’t working?…something was clearly wrong with them as I could barely see two feet in front of my car it was so dark out. I played with them for several minutes as I was driving but I couldn’t, for the life of me, figure out how to get them to turn on?!  ……That’s when I realized the A.D.D. moment I was having….I was still wearing my dark sunglasses!!!  HOLY EMBARRASING MOMENT as I took off my dark sunglasses and I could actually see again!  All I could do was laugh out loud at myself the rest of the drive home… like I said, the struggle is real…

So True! Which is why I take medication for it so I can actually focus on the things I need to get done, which works awesome until they wear off at night and then I’m left feeling like this: 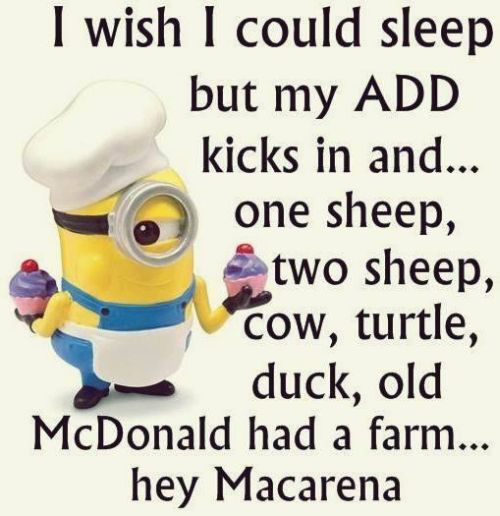 Have a great night tonight and an amazing day tomorrow. 🙂