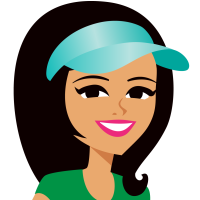 The first step to fixing anything is to TRY. We have to try to believe we can do it, try to learn how to do it, and then try to actually do it! But nothing happens until we TRY.

There have been so many times in my life when I felt totally inadequate to take on the things that were on my plate. Times I have felt like what needed to be accomplished was so much bigger than I could handle. But looking back I can only thank heaven that when those times came at times in my life that I literally had no other choice but to try to succeed at it anyway. Such as the times I was the sole financial support of my two little kids – I had no choice but to find a way to make enough money to support them and that drove me to try and start my own company – without that pressure I doubt I would have become an Entrepreneur. And again when my company was growing and times were tough I had no choice but to try to get through it. So I tried and I kept on trying until finally I was able to get through it and what had seemed to be impossible truly did become possible and that ability to try to take on things larger than my own abilities became a habit for me that helped drive my success in business.

I think the most important thing to keep in mind when you try is that it is okay to make a few mistakes along the way so long as you are focused on trying to do the right things. It is a guarantee that you will make mistakes as you move forward – everyone does! So go into it knowing that and don’t be so hard on yourself when those mistakes actually happen. Just resolve to learn from them and then keep moving forward. And remember:

“No matter how many mistakes you make or how slow you progress you are still way ahead of everyone who isn’t trying.”

So never be afraid to TRY..and then KEEP ON TRYING! You will be amazed at where trying will actually take you 🙂