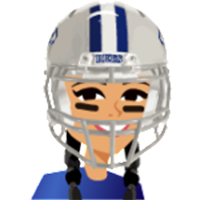 As those of you who follow my blog know, I try to write each day about something I learned during each day I am writing. So being that it is Super Bowl Sunday, I decided to write a lesson that comes to mind as I am sitting watching the game with my family (okay let’s get real…I am watching the commercials and the half-time show far more than the game..). But one thing you can’t help but think about as you watch these football players is the topic of Determination, Work, and Courage.

A quote I love came from a talk given a few years ago which says:

“Have the determination to make the effort, the single-mindedness to work toward a worthy goal, and the courage not only to face the challenges that inevitably come but also to make a second effort, should such be required.” –Thomas S. Monson

That is a quote that was given in a talk about the ABC’s of having an abundant life. He tells us to have a good Attitude, Believe in ourselves, and have the Courage to face challenges and to get back up when we stumble and try again.

I think having a good attitude is the easiest of the challenges he gives. Believing in ourselves can be difficult. And without a doubt the most difficult thing is getting back up when we stumble and fall and make a second effort. Too often when we stumble and fall we read into it as a sign that something “just isn’t meant to be” and maybe sometimes that is true, but I think a lot of time that’s not really it at all. Sometimes we are meant to get back up and make a second attempt at it. Sometimes we need that experience of falling to gain the humility and wisdom needed to try again more wisely. Sometimes we are NOT meant to give up, but to make a second effort. And we need to have the courage to actually do that.

“Whatever you do, you need courage. Whatever course you decide on, there is always someone to tell you that you are wrong. There are always difficulties arising that tempt you to believe that your critics are right. To map out a course of action and follow it to an end requires some of the same courage that a soldier needs. Peace has its victories, but it takes brave men and women to win them.” –Ralph Waldo Emerson

Have determination, work hard, and have the courage to face the challenges and then be wise enough to consider making a second effort…it might just be the smartest thing you ever do.