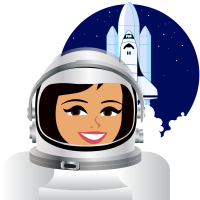 “Everything you can imagine is real.” – Pablo Picasso

A study was done in which volunteers were asked to play a sequence of piano notes every day for five days in a row. A second group of volunteers were asked to imagine playing the same notes each day for five days in a row. Volunteers from both groups had brain scans performed each day of the study. The scans from both groups showed the exact same responses in the brain for both those who actually played the notes and those who only imagined playing the notes.

In another study done at the University of Chicago Psychologists studied three groups of basketball players. In the first group the players practiced foul shots every day for thirty days. In the second group the players were instructed to imagine shooting foul shots every day for thirty days. In the third group the players were instructed to do nothing. At the end of the thirty days the first group which practiced their foul shots had improved 24%. The third group that was instructed to do nothing had no improvement. But group two, the group that was asked to imagine making shooting their foul shots improved 23% even though they hadn’t touched an actual basketball during that time. Psychologists explain that as far as the brain knew the group that imagined making their shots improved their emotional confidence by never missing a shot and they trained their brains to memorize the foul-shooting pattern as if they had been actually shooting from the court.

Another example is that of Sally Gunnell who won the Gold Medal in the 1992 Olympics for the 400m hurdles. Sally said that after losing the 1991 World Championships she spent every day imagining herself running, jumping, and having the stamina to complete the course each time. She attributes the power of visualization as the differentiator that helped her win the Gold Medal.

The more I study this topic the more I begin to understand the science behind why Goal Posters are so powerful. Goal Posters help us visualize the outcomes we want and our brain sees those and responds as if we have actually achieved our goals which then serves as the catalyst to get us to make them happen.

Visualize what you want to come about in your life. Make a goal poster. Imagine the end result coming to fruition and make your dreams REAL!

Have a great weekend everyone!  IMAGINE BIG THINGS FOR YOUR LIFE!!!