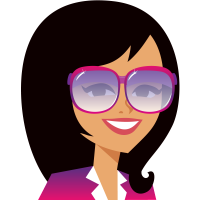 If you could do anything you wanted and be 100% positive it wouldn’t fail, what would you do?  Have you ever asked yourself that question?  Try it…it’s an interesting exercise to do with yourself.

I was talking with a friend tonight about what they want to do with their life business-wise. I asked them what they thought they wanted to do in business. They thought about it for a minute and then immediately they began telling me why they would have said [insert their first idea here] but they weren’t going to say that because that wouldn’t work for reason x, y, z…then they said that they thought about saying [insert second idea here] but they decided against that for a, b, c…they went on for several minutes listing several ideas which were each followed up by why each idea wouldn’t actually work and then they looked at me and said, “So, I don’t actually know what I want to do.”

My next question was, “I want you to pretend that we are in magic land for a minute, where everything is guaranteed to be successful…what would you do?” This friend started in again with the “yeah, but” responses and I stopped them and said, “Remember we are in magic land and none of the problems exist and it is guaranteed to make money and be a success”. Finally they thought about it for a minute and they threw out what it was they were secretly wishing they could do.

Suddenly instead of looking at all the reasons their idea wouldn’t work or couldn’t work they started saying, “Well I suppose I could figure out a way to ____, and maybe I could do some research to find a solution for _____” and before you knew it this friend began to see that perhaps their dream could be possible after all!

Pretend you are in Magic Land and you were guaranteed to be successful at whatever you wanted to do – what would you do?